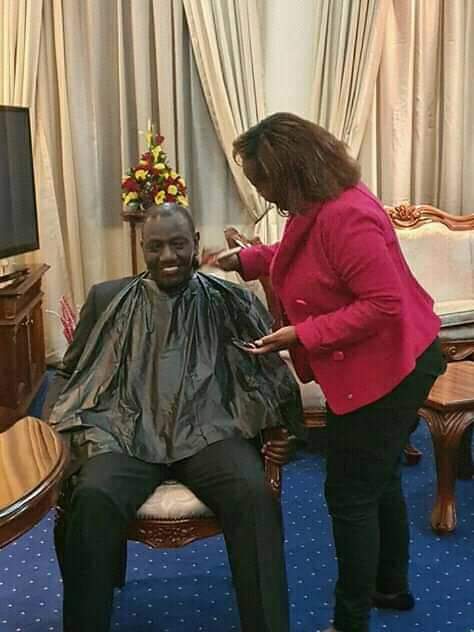 Thursday night’s  ‘one on one’ interview with Deputy President William Ruto that happened in his Karen residence is on the lips of everyone a day later.

Among the things revealed to host Ken Mijungu were Ruto’s source of wealth and his alleged ‘fall out’ with his running mate Uhuru Kenyatta.

The interview which was aired on NTV had Kenyans glued to their TV screens. As such, William Ruto’s appearance was properly prepared. The Deputy President looked dapper adorned in a well-fitted black suit and red tie. He even had a glam session where he had some make-up applied on him.

Ruto was all smiles as the finishing looks to his good attire were being made. He paired his suit with matching black socks and shoes.

Check out pictures and a video from his preparation session below: 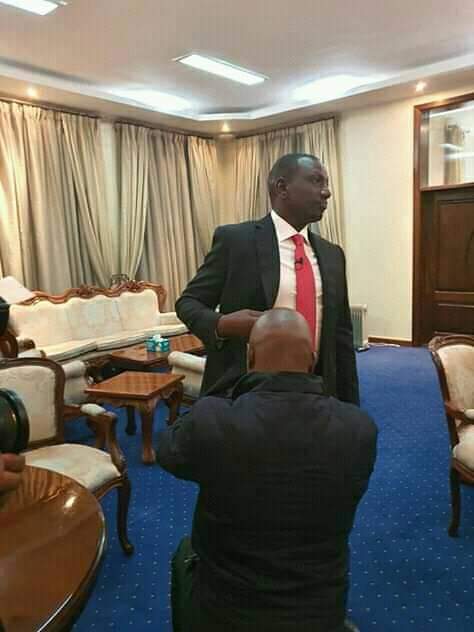 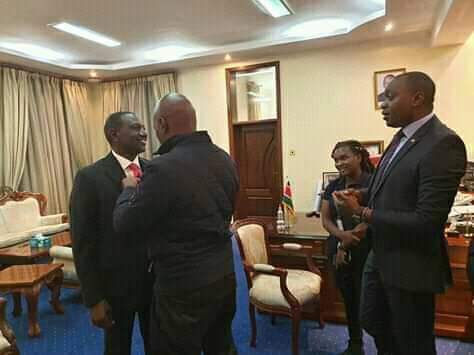 Getting ready for the interview…