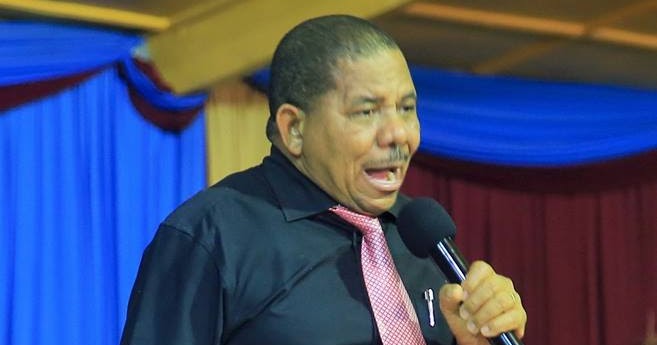 A Mombasa church leader; Bishop Kakala has sent a hard-hitting message to Kenyan leaders and urged them to repent in order to end the locust menace.

Speaking during a church service, Kakala described the locust invasion situation as God’s way of punishing people for their sins.

In his sermon, the holy man gave an example from the Bible with a narration of how God used the locust plague to punish the Egyptian ruler Pharaoh.

Addressing his followers at the Jesus Care Centre Ministries, Kakala said that the locusts during Pharaoh’s time happened when the leader became arrogant and ignored the voice of the Lord.

The bishop expressed confidence over his idea that the locust invasion can be brought to an end by prayers. He also urged the top leaders to organize a national prayer day with an intention to turn back to God.

“Kenya must change and turn to God. People must repent their sins, and this begins with the king to call his prophets and organize a national prayer day,” he stated

Kakala also weighed in over how people have lost focus while addressing Building Bridges Initiative issues. According to him, many political leaders have turned against  DP Ruto instead of creating awareness on the same.

“I am not here to defend DP Ruto because everyone has his or her own sins. But why is it only Ruto being mentioned at the BBI rallies of concern to Kenyans,” Kakala stated

From the latest updates, the government has intensified measures to control the locust invasion and 8 counties have been affected so far.