No matter what kind of relationship you’re in, someday you can fight. It doesn’t matter if you’re married, long-distance, in close proximity or in an open relationship.

It happens all the time, or rarely at all, but it’s important to know how to fight when to fight and what to do when fighting.

Here are some mistakes young couples make during arguments.

Running  from a fight

It’s definitely not ok to run away when you’re in an argument.

Running away never solved anyone’s problems, all that does is create doubts for your significant other into questioning what will happen in the future.

It shows that there are real problems forming when one partner can’t face the other.

Not every one of your social media friends needs to know these intimate details of your life. Relationships are private and intimate. Thus, arguments should be as well. 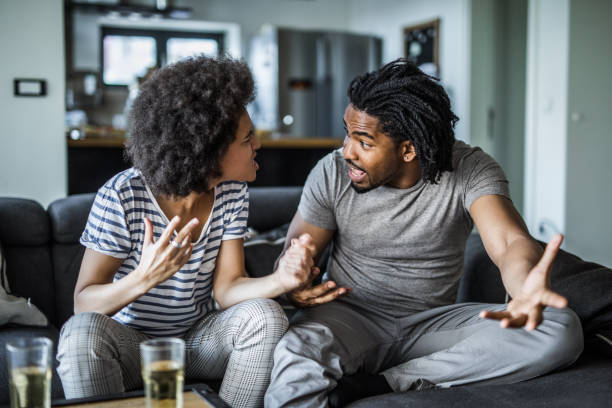 Don’t bring other people into the conflict either. It makes your partner feel ganged up on and isn’t fair on them, or the third other parties who you are speaking on behalf of.

Bringing up past mistakes

So bringing up old disagreements during a fight simply makes your partner feel trapped and helpless.

Drop what’s been and gone and try focussing on the present issue causing your relationship conflict. It’s the only one you do have the power to change.

Focusing on the person and not the issue

If your partner wrongs you, it’s not wise to attack them directly they will most likely feel insulted and hurt, instead, try to talk about the issue at hand and how it makes you feel you.