Manchester United forward Marcus Rashford will miss Sunday evening clash against arch-rivals, Liverpool, after failing to shake off a back injury on time.

The United number 10 picked a back injury shortly after coming on during United’s 1-0 win over Wolves on Wednesday night at Old Trafford. Juan Mata scored the lone goal of the match to send the Red Devils to the next round. 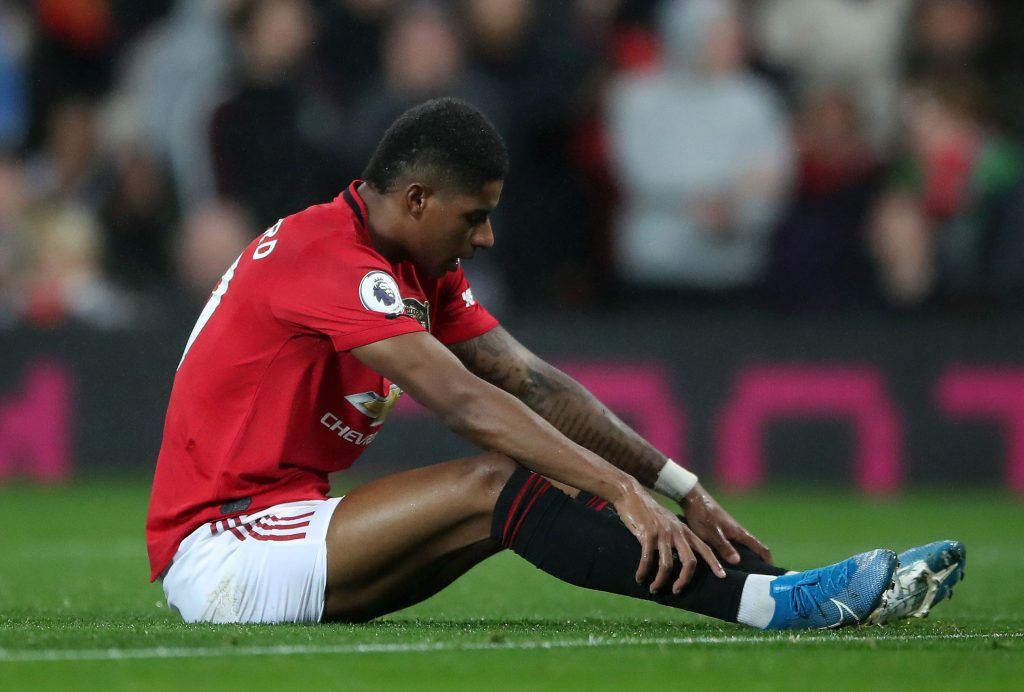 There were hopes that the England international would shake the back injury in time for the Anfield showdown but it has now been confirmed that he will miss the encounter all together after failing to recover on time.

Rashford was missing as United squad checked into The Lowry Hotel on Saturday afternoon and was not part of the team as the squad departed for Liverpool on Sunday a clear indication that he will not be part of Anfield action.

Meanwhile, Eric Bailly was named in the squad that will face the Reds. The central defender has not featured for the club this season due to an injury that he picked in pre-season and had to undergo surgery.