Embakasi East Babu Owino never anticipated his fun-filled night would result with him behind bars.

A trusted source from the posh B-club who sought anonymity, disclosed to Opera News the step by step events that provoked Babu into shooting DJ Evolve.

Babu and the entertainer identified as Felix Orinda, are apparently stated to be friends.

The controversial politician had graced the exquisite club with his side piece for a night of debauchery before the madness ensued.

Babu known for being a party animal, is attributed to being a person who knows how to give those close to him the time of their lives.

As the MP was winding down on the night’s events at around 7 am everything took the turn for the worst.

Evolve approached the ODM MP in the presence of the lady as he took a puff from a Shisha pot amid a short conversation at the Kilimani based establishment.

The DJ carried away by the moment jokingly commented that he had slept with the mysterious woman before she became Babu’s gem.

The sentiments which struct the vocal leader’s nerve, resulted in him drawing his gun and threatened to shoot Evolve.

Brandishing the firearm recklessly, Babu made true his threat, pulled the trigger, and hit his comrade on the neck.

It was at this moment that the ex-UON student leader came back to his senses with the sight of the man struggling to remain alive on the club’s floor.

The no-nonsense politician’s bodyguards and the girlfriend, all fled the scene and left the helpless Babu as he came to terms with what he had done.

Having no one else to turn to, he sought the help of the club’s manager as they both rushed the victim to Nairobi Hospital.

On arrival at the hospital, the man was rushed to the ICU section in critical condition. 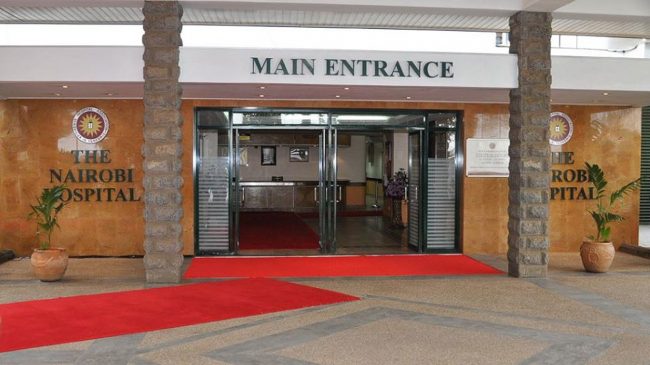 Babu is alleged to have remained at the health facility awaiting news of his friend’s condition when he was apprehended by the police.

Police reports had indicated that officers combed through the crime scene but could not locate the firearm and cartridge.

DCI detectives, however, were later able to find the weapon which had nine rounds of ammunition and the spent cartridge.

The department’s boss George Kinoti noted that the leader would be arraigned in court and charged with attempted murder.