Embakasi East Member of parliament Babu Owino posted an overwhelming reception by residents in his constituency during his mission of issuing bursaries to Utawala and Mihango residents.

Today I issued bursaries to my Boses at both utawala and Mihang’o ward.God bless Embakasi East. pic.twitter.com/GJjvCeQVZB

Babu has gone ahead and sworn that AU envoy Raila Odinga will be president by ballot or bullet. Following his remarks, many faulted him for inciting violence advising that Raila is among the despots in Kenya that will fall.

A number preferred to stand with self declared revolutionist lawyer Miguna Miguna over Babu’s choice for president.

He is among the despots who are supposed to pack their belongings and just go home peacefully, there’s no way you will convince us mheshimiwa #DespotsMustFall

#TBT To this bullet talk… pic.twitter.com/GGP0FBGJ6a

“This is the problem with Kenya and Kenyans. BBI should focus on constructing a governance instrument and structure that operationalizes a more rational and relevant democratic institutionalism for Kenyans.”-Nya Mwalo. 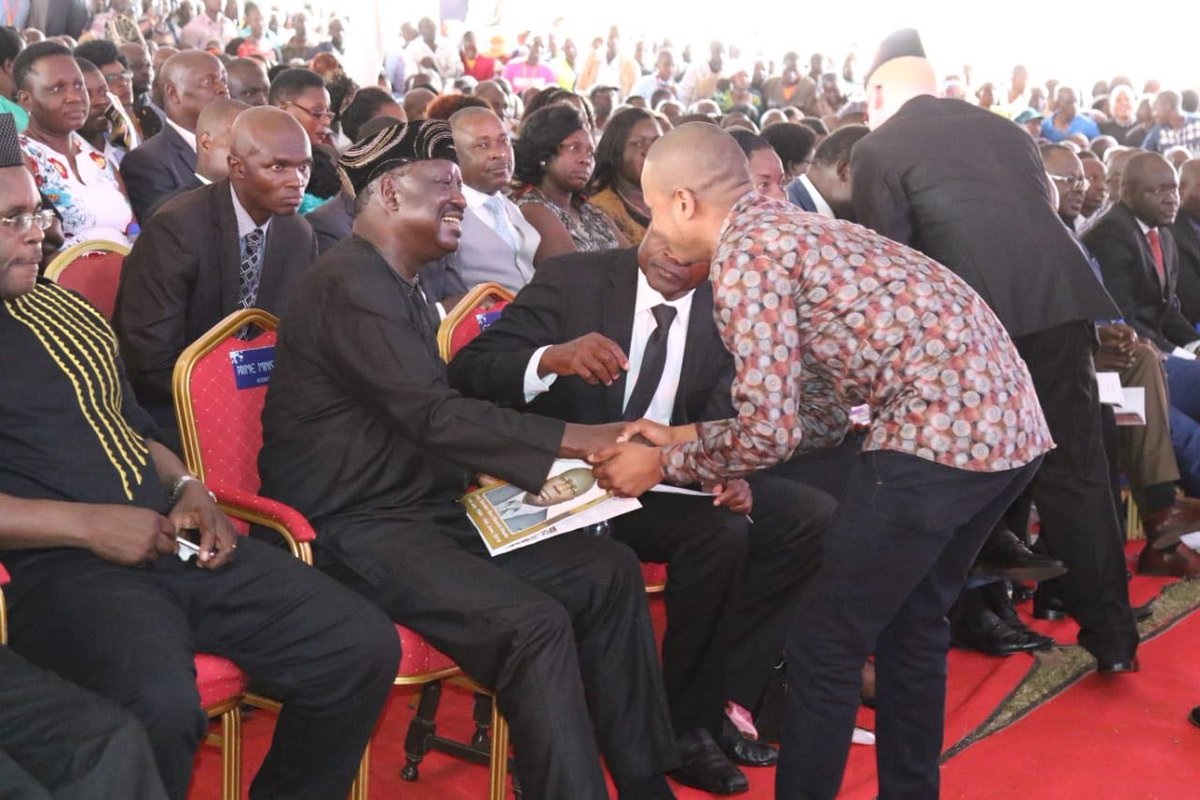 “And then someone will ask why Raila has never been president. The answer is in this tweet. Jakom is a great leader but this kind of sentiments ultimately are a hindrance to his leading Kenya. ViVa”-Eng. Paul Kamau.

“Jakom won’t make it by the ballot. His young associates like Paul Owino are a letdown. So you people want to kill us all, yeah? It’s marvelous when a power-hungry human resorts to gunning everyone.He will rule himself. Babu you’re an insult”.-Abraham.

Raila will be the President by ballot or bullet

Orange Democratic Movement (ODM) leader Raila Odinga remains the man to watch ahead of the 2022 elections, with opinion divided on whether or not he should contest the presidency.

While the former Prime Minister has said it is too early to discuss the 2022 race, politicians and pundits say he would be the right candidate to face off with Deputy President William Ruto, the likely candidate of the ruling Jubilee Party.

Maseno University lecturer Tom Mboya opined that “there is no politics without the name of Raila Odinga, and that is why his name keeps on cropping up in discussions on the 2022 race, even though he has not declared any interest.

“Whatever other politicians say can only sell if they invoke Raila’s name. He is an enigma, that is why his name must always crop up — to allow these guys to sell their agenda.