Yattani has promised to instil fiscal discipline in Government ministries, State departments and agencies even as he works to revive the dwindling economy.

While the two were released on a Ksh15 million bail each, they have since been replaced and can only access the Treasury offices with an investigations officer. 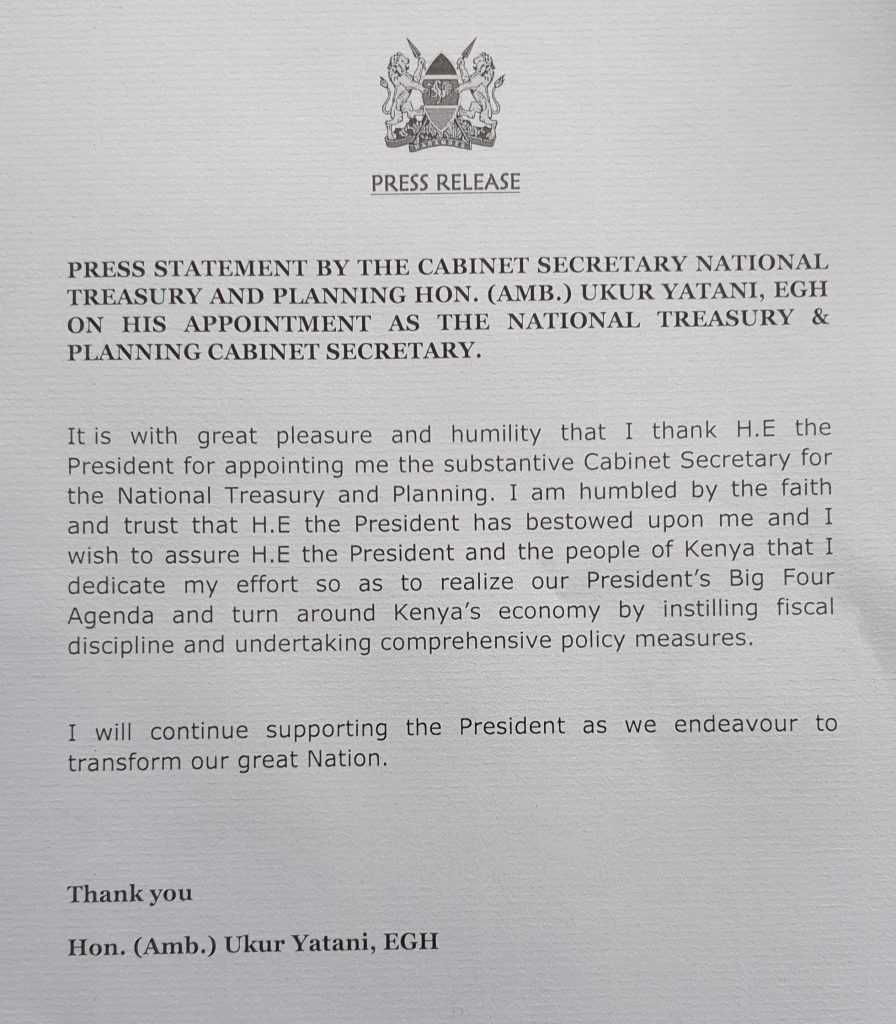 In his new recommendations, CS Yattani suspended benchmarking and foreign travels in all Government ministries, departments and agencies.

The delegations of Cabinet Secretaries for foreign travels was sliced to four, while that of the PSs reduced to three.

The government also cut off office tea, slashed airtime allowances by 30 per cent while cutting down newspaper supply by 75 per cent.

Offering alternatives, CS Yattani urged public officials to rely more on internet calls and make use of public Wi-Fi installed at the institutions.