Police officers, on Monday January 13, were on the receiving end after images emerged of them beating up a journalist in Mombasa.

In the photos that have been shared widely on social media, the officers are seen mercilessly clobbering Daily Nation Photographer Laban Walloga during anti-SGR demonstrations in Mombasa.

The security officers also arrested several demonstrators who were protesting against a government directive that all cargo from the port of Mombasa be transported through the SGR.

They were forced to lob teargas canisters to disperse the protesters under the First Action Movement group who had converged at Uhuru Gardens moving towards the Mombasa port. 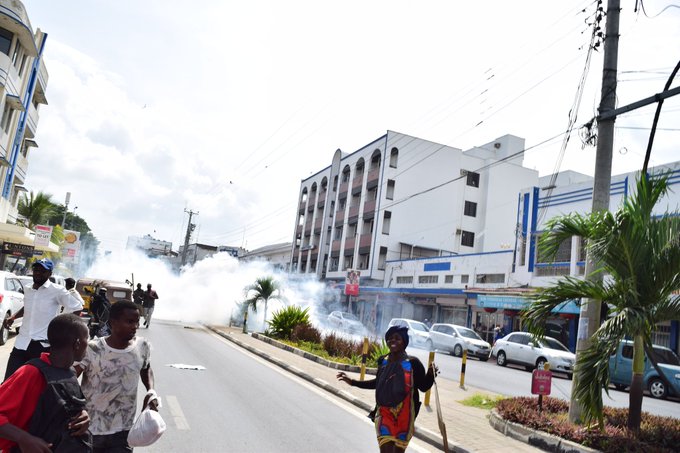 Civil society groups led by HAKI Africa and business operators including cargo handlers have been staging demos since the introduction of the directive in August last year.

Here are some of the photos from the Monday morning demonstrations. 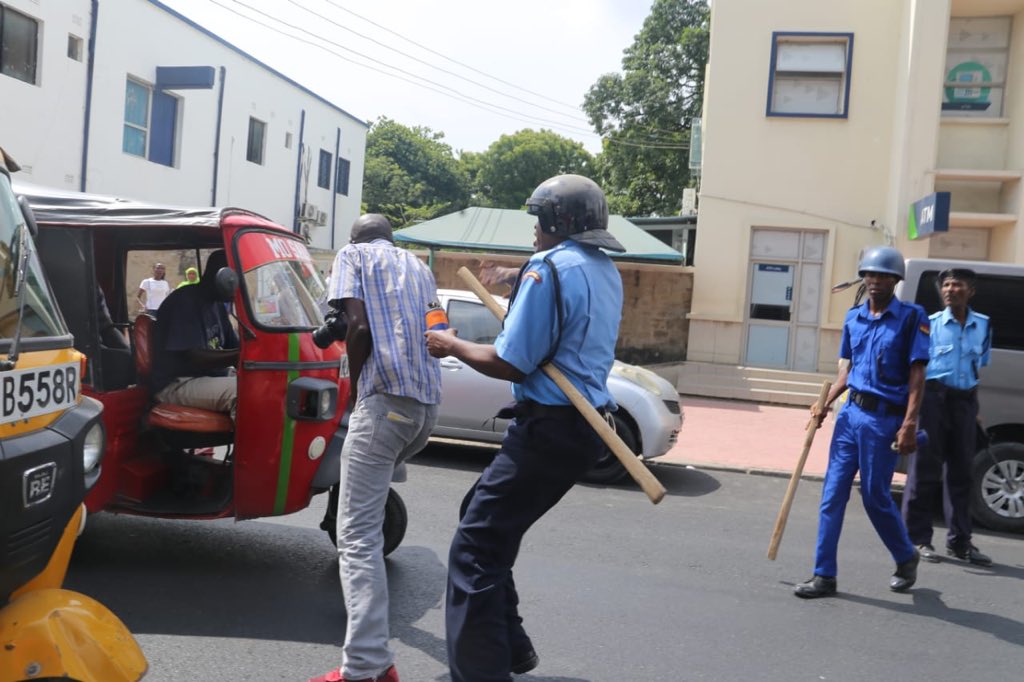 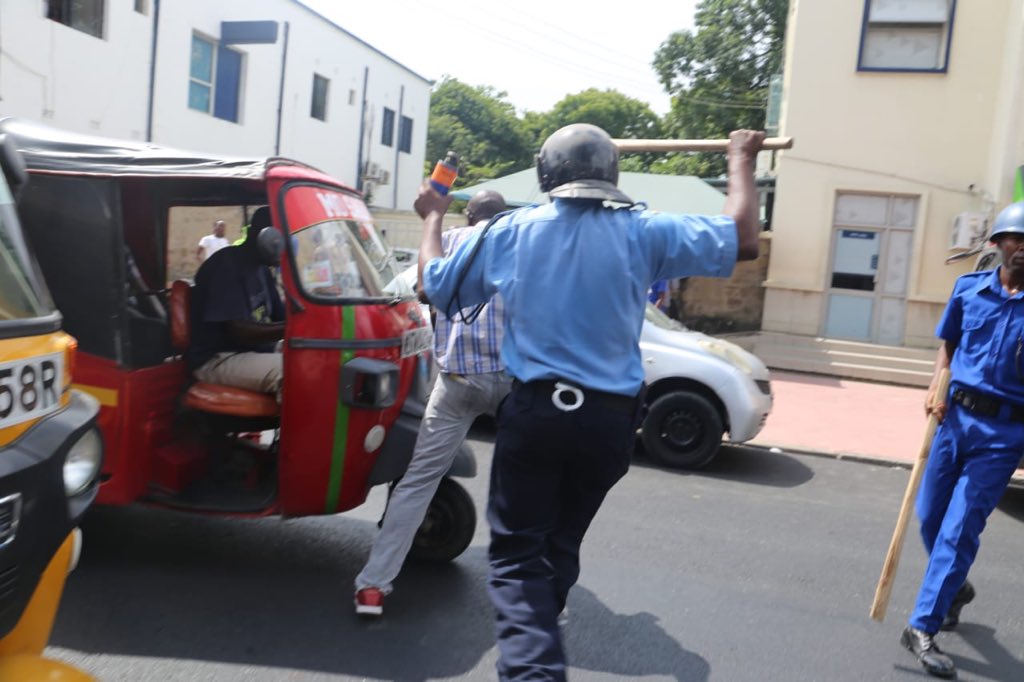 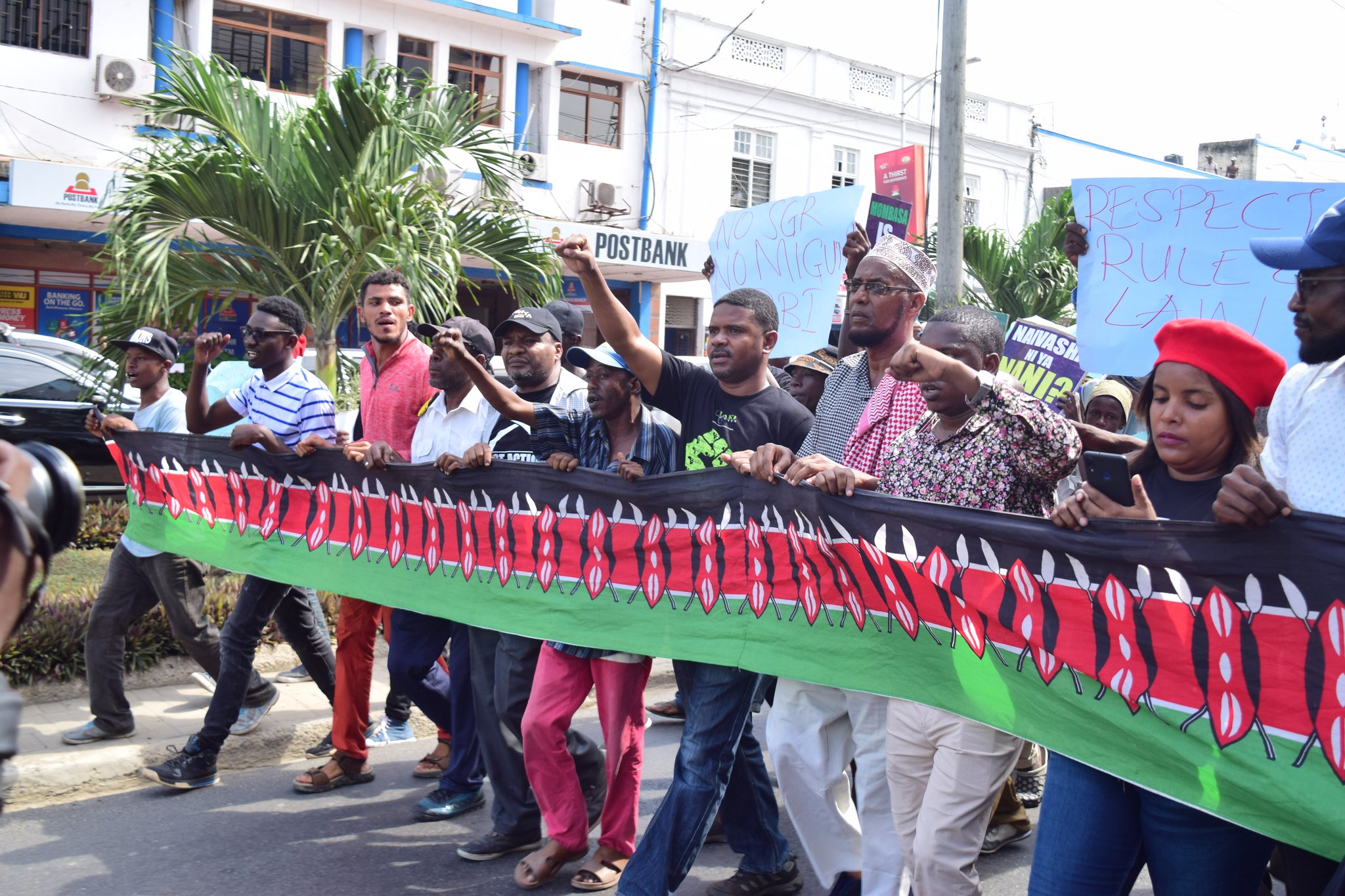 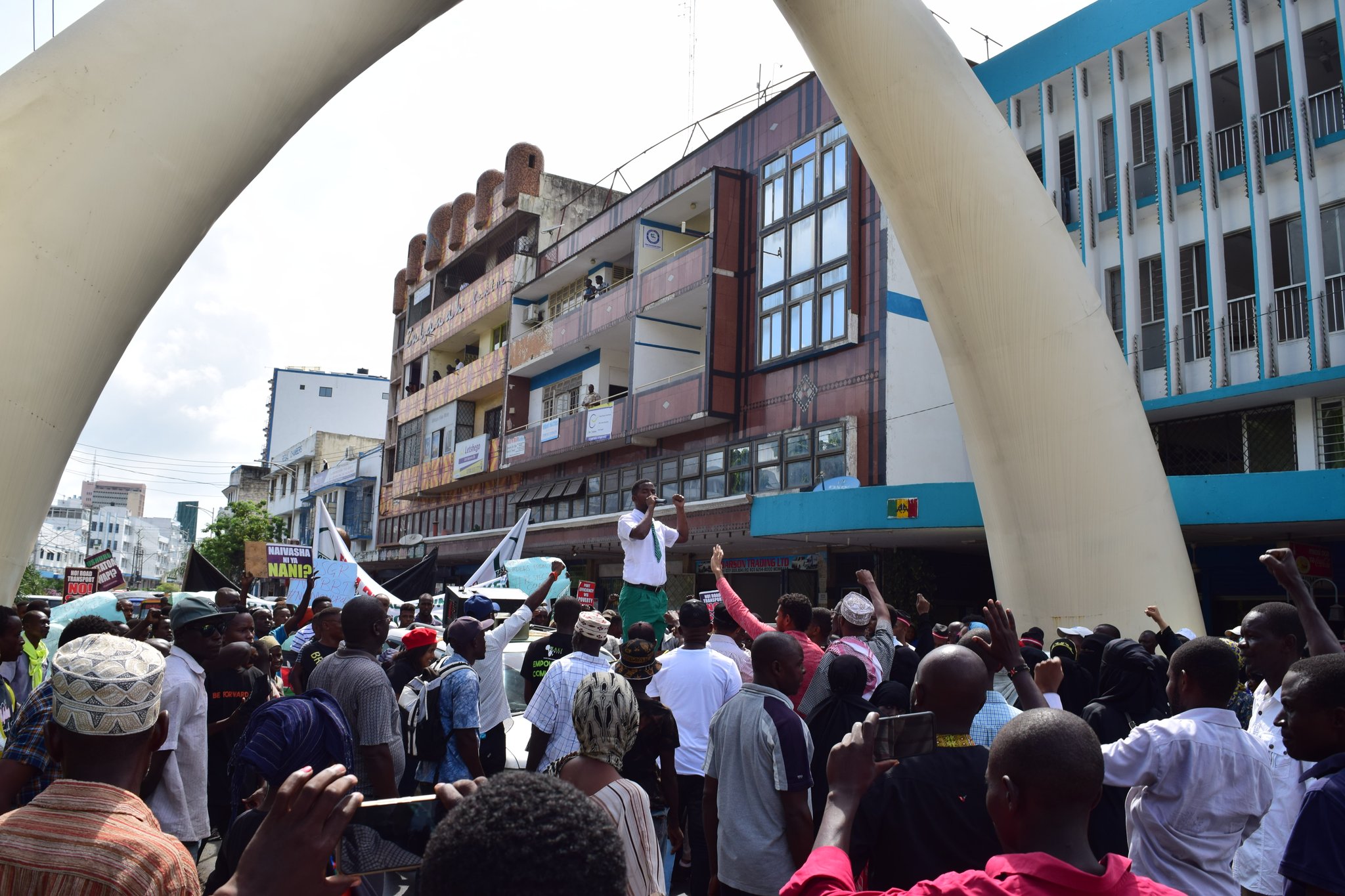 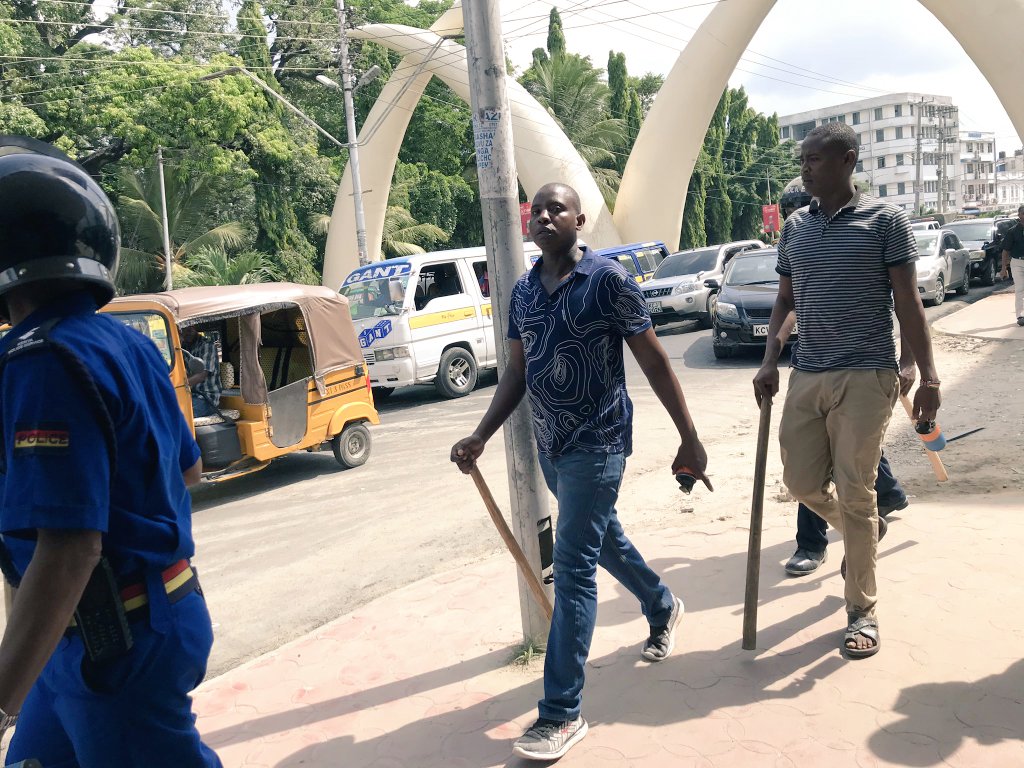 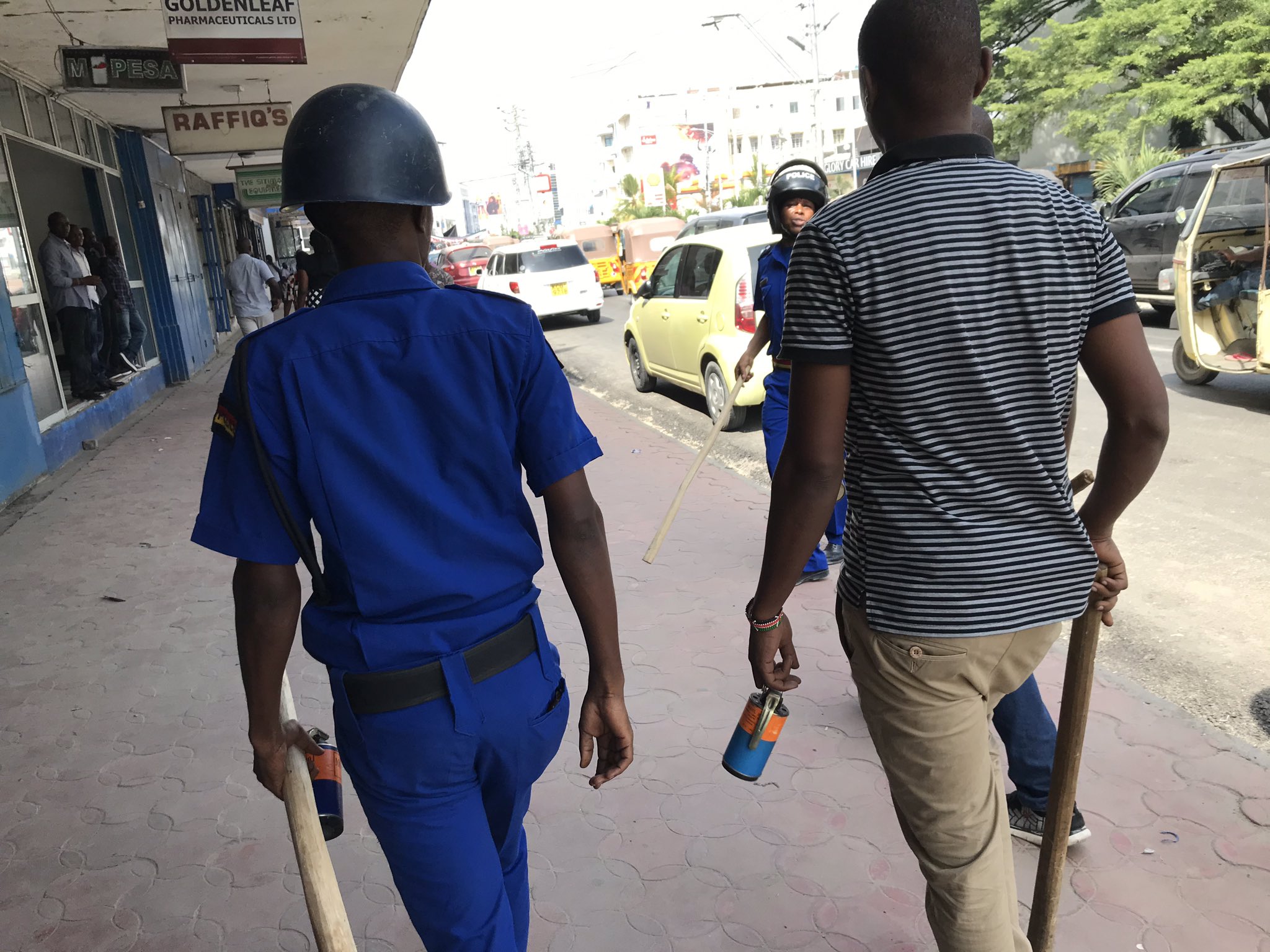 Many Kenyans have blasted the officers for using excessive force on unarmed citizens. Here are some of the reactions.

One day we Kenyans shall say enough is enough

Chinese communist propaganda machinery at its best. I guess SGR is so good that we are having DEMONSTRATIONS EVERY WEEK as you try to COMPEL ppl to ferry imports via EXPENSIVE sgr. btw our understanding is China has taken over SGR due to non-payment of debt @BoycottHegemony pic.twitter.com/CMRubfXNPE

When Mombasa and entire region is crying because of destruction of their economy brought about by SGR, JOHO is flying across the country to launch BBI. pic.twitter.com/N1m2oRnijf