On Sunday, a notice published on National Police Service social media handles urged all Kenyans to be informed that the alerts were fake.

BE INFORMED THAT TERROR ALERTS SPREADING ON SOCIAL MEDIA ARE FAKE. pic.twitter.com/HQG5SOz96O

The notice comes amid fear among Kenyans over a notice that has been doing rounds on social media indicating areas targeted by terrorists. 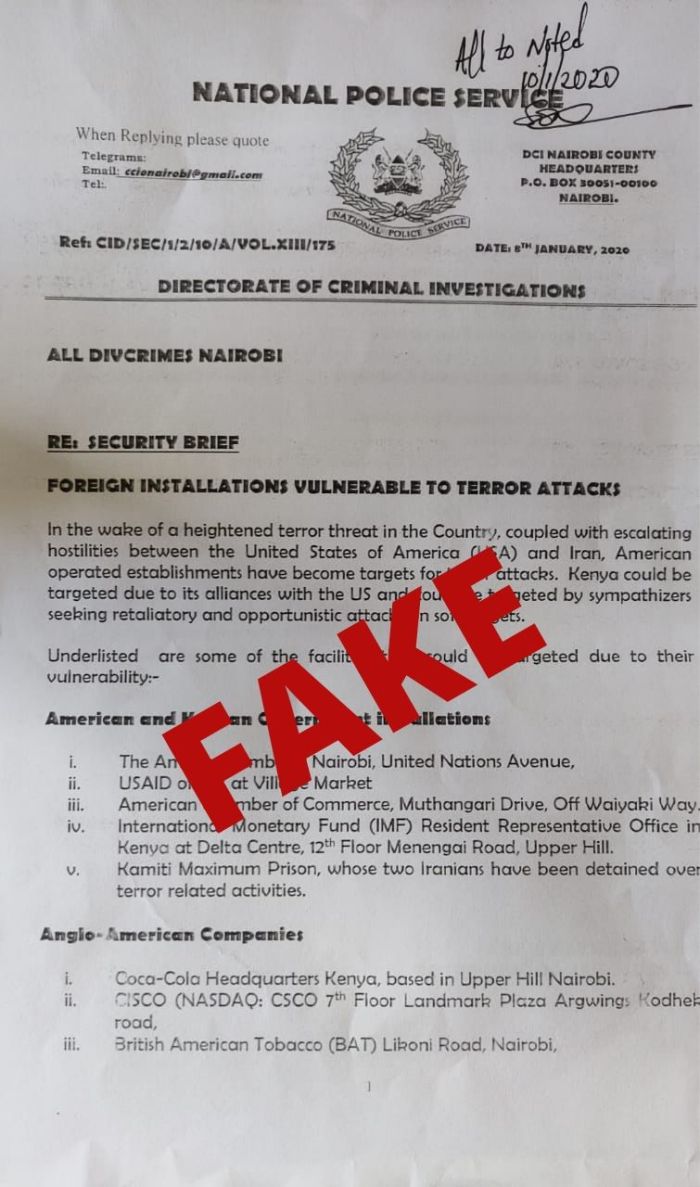 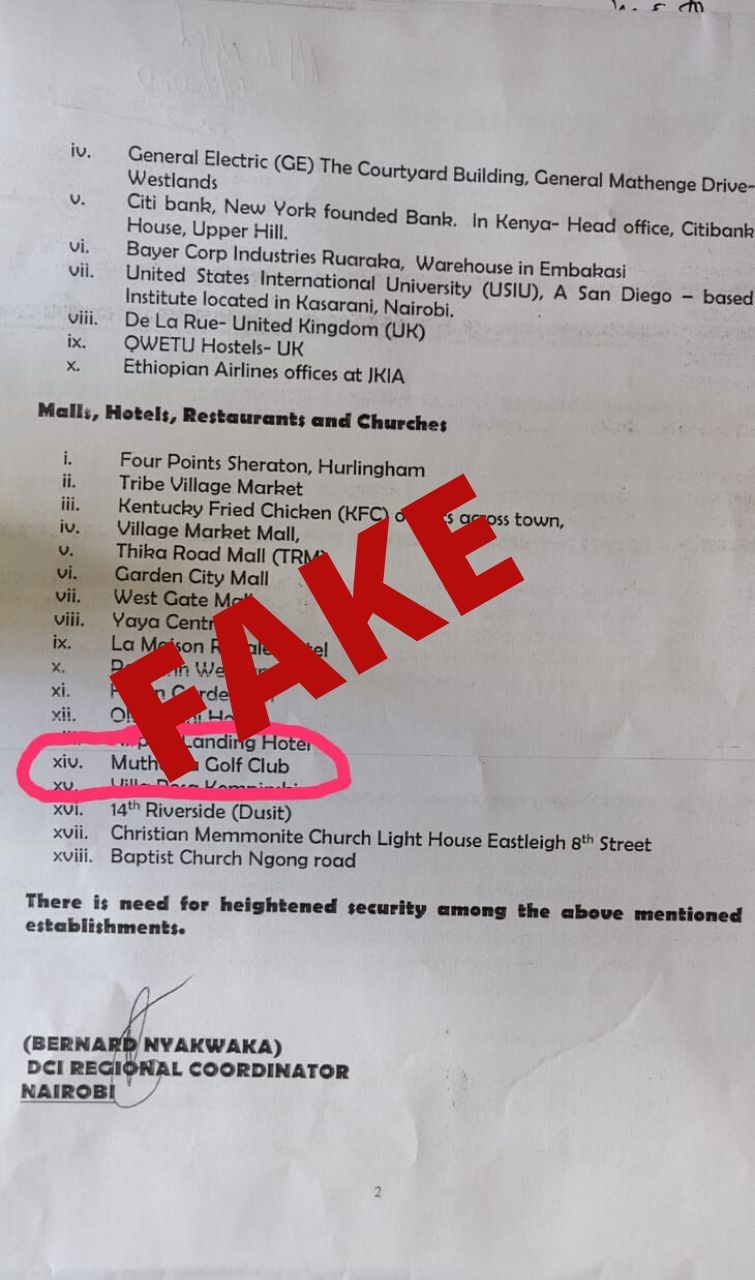 In Lamu, the militants first attacked three Lamu-bound buses leading to deaths and massive injuries before launching another attack on US-Kenya military base.

The attack on the US-Kenya military base in Manda Bay led to the destruction of an Aircraft.

It also led to the death of three people, a pilot, a US service man and a Kenyan local as per reports released by the US government.