On Saturday evening, Kuria was released on a cash bail of Ksh 20,000. 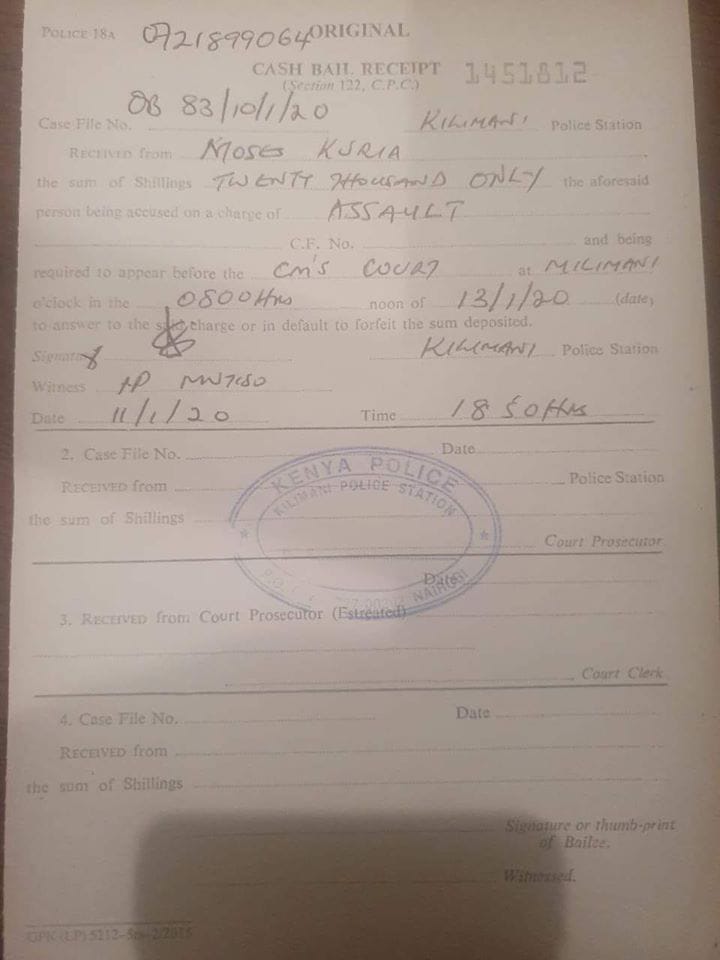 Prior to his release, it was reported that Kuria had vowed to go on a hunger strike so as long as he remained behind bars for he feared for his life as the food or drinks could have been poisoned.

Affirming Kuria’s decision, Kikuyu MP Kimani Ichungwa said Kuria would remain on hunger strike until the rule of law is restored and, “until court orders are respected in this country.”