Kenyans on Friday pleaded with President Uhuru Kenyatta to intervene and solve the stalemate pitting Keroche Breweries against East Africa Breweries Limited (EABL) over the striking resemblance of their bottle brands.

Through the hashtag #UhuruSaveKeroche, Kenyans took to twitter to defend Keroche asking President Kenyatta to save the company from unfair competition.

According to netizens the profit-making local companies like Keroche are at risk of closing down if the government would not protect them against unfair practices by the foreign companies. 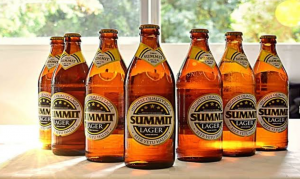 The matter attracted the attention of former Kiambu Governor William Kabogo who commented on the matter saying that the government needs to level the playing ground.

“Keroche does not need favors from any quoters, all they need is a fair playing field period. Tax revenues will continue in downward trend because of killing future tax payers. It’s wrong to criminalize tax collection,”reads Kabogo’s tweet.

Keroche does not need favors from any quoters, all they need is a fair playing field period Tax revenues will continue in downward trend because of killing future tax payers. It’s wrong to criminalize tax collection #UhuruSaveKeroche

Kenyans have further accused the company of using restrictive measures to frustrate its local competitor.

Some have called upon Competition Authority of Kenya (CAK) asking it to review the privileges the firm enjoys.

Keroche Brewery is one of the companies which is on target to be brought down, it's returns doesn't add up to the 14B tax evasion as KRA claims, with this rate most of it's employees will be retrenched and announced jobless , stop killing companies!! #UhuruSaveKeroche

We must put an end to the strangling of Locally Owned Business by well-oiled Multinationals using restrictive trade practices that in the long run are unjustified and monopolistic. #UhuruSaveKeroche

Our local companies are dying, and we will not allow this one to go down because of false claims aimed to taint the our good name @KerocheBrewery #UhuruSaveKeroche https://t.co/HZaTWlPNoH

Fighting local companies will not allow us to grow us a country but we will be adding other troubles keroche is trying to solve the unemployment problem we should support by promoting it not harassing them just because of brown bottles.. #UhuruSaveKeroche

The East African Breweries had accused Keroche Breweries Limited for using this brown bottles, claiming ownership of the bottles.

Keroche rubbished the accusations saying that the bottle existed before the two companies came into place and as such, EABL cannot lay claim to it. 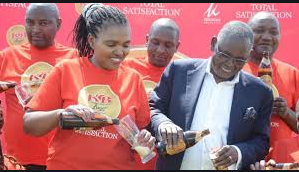 “The Euro bottle does not belong to anyone. It is a universal bottle. The brown beer bottles are not available to any beer manufacturer to patent or pretend to trademark. We are going to court to challenge EABL for engraving the mark EABL on a bottle they do not own,” Keroche said in a statement.

Keroche’s Summit beer bottles resemble those of EABL’s White Cap and Balozi brands, making it easier for both brewers to interchange the bottles as all use the euro design.