David Moyes has declared that he has “unfinished business” as he returned as West Ham’s new manager last night on an 18-month contract – with a £2million bonus if he keeps the club in the Premier League.

And one of the first players the new Hammers boss is set to target in the January transfer window as he starts to rebuild his struggling side is £12m Stoke midfielder Joe Allen. 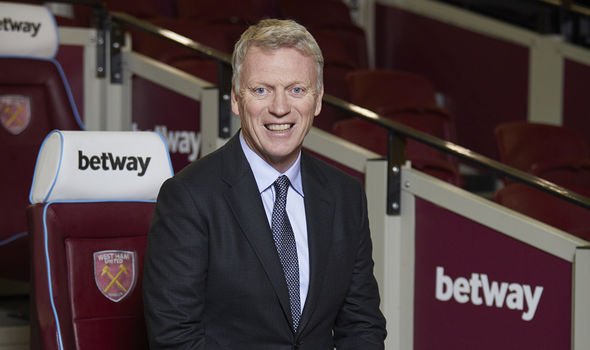 Moyes agreed on terms yesterday to return to the London Stadium after leaving in May 2018 to be replaced by Manuel Pellegrini, who was sacked on Saturday night, minutes after his side lost 2-1 to Leicester.

“It’s fabulous to be back. I’ve missed being here. I really enjoyed it and I’ve got unfinished business. I can’t wait to get started.

“I’m very proud that I’m back here, but I’ll be looking to see what I can do, what I can make improvements to and how we can get some wins. The squad here is better than when I took over before.

“There’s got to be a short-term goal for us to get the wins to get us away from the wrong end of the league,” he said.

Hammers joint-chairman David Sullivan said: “David proved that he was capable of getting results and we believe he will start moving the club in the right direction again.”

West Ham were in touch with Moyes for several weeks, and he traveled south yesterday to complete his deal.

He is in talks to bring former West Ham hero Stuart Pearce back as his assistant as well as coaches Alan Irvine and Billy McKinlay – and he will take charge of his first game on New Year’s Day when West Ham, only a point above the relegation zone, face Bournemouth at home.