Sixteen suspected members of the Mombasa Republican Council have been set free by a Mombasa court.

The 16 suspected gangs, including an 87-year-old man, were released on Sh100,000 bond, after the state failed to produce witnesses.

The case has been running for two years now.

The police have been accusing the MRC, an increasingly violent Islamic group, of working in cahoots with al-Shabaab terrorist group.

MRC whose key agenda remains largely unclear beyond the call for the separation of Mombasa and the coastal region from the rest of Kenya is also charging that the coastal people’s rights to land and property ownership has been violated. 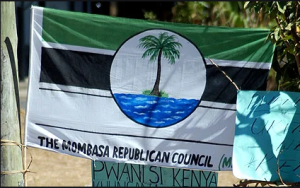 According to the reports, most of the suspects are from Kwale, Kilifi and Lamu counties.

In 2010, the government declared the MRC, together with 32 other organizations, illegal on grounds that they were not properly registered and were bent on engaging in criminal activities.

Security agencies suspect that the group could be receiving funding from Somali insurgent group al-Shabaab.