Through his Facebook page, the vocal MP urged Kenyans never to take Mudavadi’s remarks seriously, alleging that the former NASA principal was fond of complaining against Raila Odinga but eventually ends up uniting with him in the long run.

“Don’t take the son of Moses Substone Mudamba Mudavadi seriously. Every time analalamika juu ya Tinga, anadungwa boli ingine (everything he complains about Raila, he usually ends up ‘getting pregnant for him” stated Kuria while urging Raila to continue with his mission without getting bothered by Mudavadi’s comments.

But on realizing that his post was more likely to attract some fierce reactions from Facebook users, Kuria moved with speed and deleted the post within three minutes of its publication.

However, our eagle-eyed team got a glimpse of his post before it was permanently deleted. 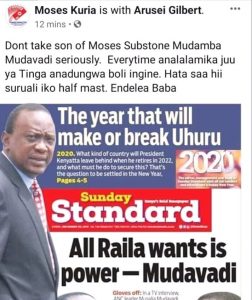 Kuria’s remarks came just some hours after Mudavadi opened up on the talk of his being the 2022 “compromise candidate” for both President Uhuru Kenyatta and Raila Odinga.

In his response, Mudavadi had castigated his rivals for their obsession with political positions rather than serving Kenyans.

Speaking to Citizen TV on Friday night, Mudavadi, in a perceived indirect attack on Raila,  claimed that his competitors in the 2022 presidential race had abandoned popular struggles and were now pursuing personal goals.

While rubbishing Raila’s call for a change to the 2010 constitution through a BBI referendum, Mudavadi said the 2010 Constitution had already covered most of the issues BBI raised. 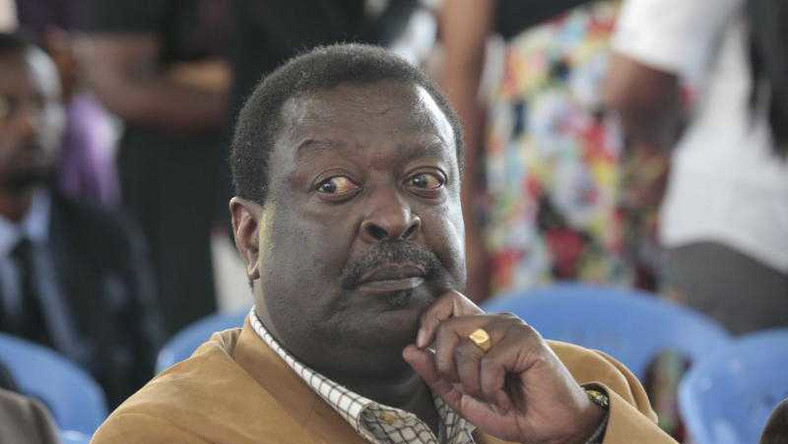 He stated that the problem was only on the commitment part adding that mutilating it through a BBI may not help in any way.

“What does your gut feeling tell you? Does it tell you that the said changes to our constitution are there because Kenyans really want them or because some people are pushing for certain changes because it will help them create some political positions for them?” posed Mudavadi.