The Citizens host Sheffield United on Sunday, less than 48 hours after a 3-2 defeat at Wolves that has left their Premier League title hopes in tatters. 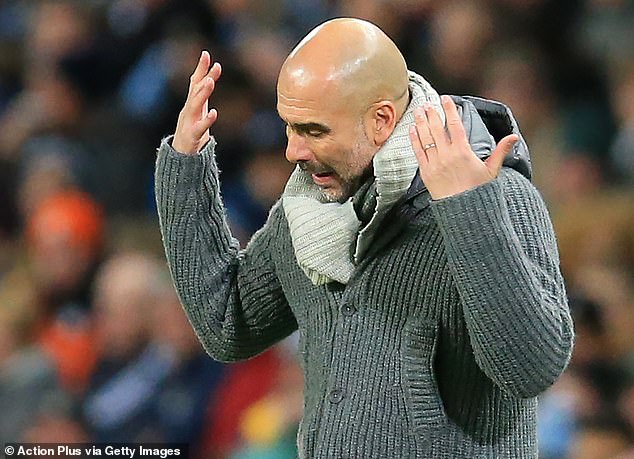 The defending champions are 14 points behind leaders Liverpool having had goalkeeper Ederson sent off before blowing a 2-0 lead in a dramatic night at Molineux.

City boss Guardiola hit out at the schedule when the TV picks were announced in October and he has renewed his criticism.

“I don’t have any confidence about that. They don’t care,” he said when asked if he would like to see the Premier League change and look at player welfare.

“In the first season it was the same, we played at Anfield and two days later with Burnley at home.

“My words are not going to change anything, Jose (Mourinho) and Jurgen (Klopp) have said the same. Every season is the same, TV decides and we have to adapt.

Defeat at Molineux was City’s fifth of the season in the Premier League with their hopes of a third-straight crown slipping away.

They host the Blades third in the top flight having suffered a second loss in their last four league games.

But Guardiola urged his side to move on, despite their problems this season.