Kuria recalled a moment before the repeat presidential elections in October 2017 when he spearheaded a campaign committee for the party together with Ababu Namwamba.

Raila, he said, was not there when they successfully made Uhuru the president.

Kuria’s rants were sparked by a heated exchange between Ruto and Raila over the weekend. 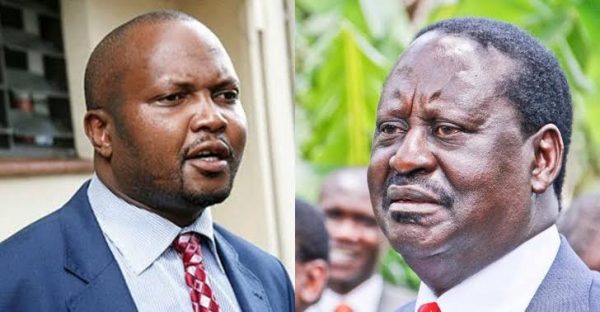 Raila launched an attack on the Deputy President saying that his source of wealth needs to be investigated.

He further said that the later should step down from office so as to allow investigations on how he amassed so much wealth that he often distributes.

The former prime minister was surprised by how the DP gives church donations, slaughter chicken for his visitors at Sugoi whom he gives transport and a token of appreciation.

In an attempt to grab the bull by its horn, the ODM party leader cautioned his supporters against believing that the 2022 presidency is reserved for their master.

According to him, that will avert situations where the deputy president is fought from all sides to ensure he does not succeed the president.