Arsenal drew 1-1 With AFC Bournemouth in the first match under new head coach Mikel Arteta at the Vitality Stadium. There were encouraging signs despite the failure to win and with Chelsea set to visit the Emirates on Sunday, a few things have to be changed.

Below we look at some of the things that Mikel Arteta has to change before Frank Lampard and his men visit the Emirates Stadium. One of the main reasons why Arsenal failed to win against Bournemouth was due to the striker’s woeful finishing. Lacazette has not been in good form this season and has mostly found himself on the bench which is where he needs to start against Chelsea.

Besides, starting Lacazette means pushing out Pierre Aubamenyang to the wings which restrict the Gabonese goal scoring chances. Aubameyang is the best finisher in the Arsenal squad and he needs to be starting regularly in his favorite position.

The English defender missed the match with a suspension and despite the Gunners having most of the ball, they looked shaky at the back without him.

David Luiz and Sokratis do not offer the best hopes for a clean sheet not confidence at the back which is why Chambers needs to slot back immediately on Sunday. 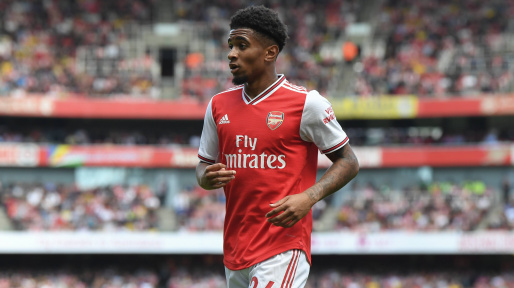 Reiss Nelson started on the right-wing and while he was not the worst player on the pitch, he did not look comfortable at all. Martinelli has only started two league games this season and has one league goal to his name.

The young Brazilian is a confident forward and a nightmare for defenders with his pressing and speed. Should he be fit for Chelsea, he starts.