United are keen on beefing their attack following Romelu Lukaku and Alexis Sanchez’s departures to Inter Milan. Haaland, who has scored 28 goals in 22 matches this season for RB Salzburg this season is Ole Gunnar Solskjaer’s primary target.

The Red Devils, however, face competition from Juventus, Borussia Dortmund, RB Leipzig among other clubs. Although United are said to be the front-runners in the race the club is preparing a plan B just in case they do not land the Norwegian. 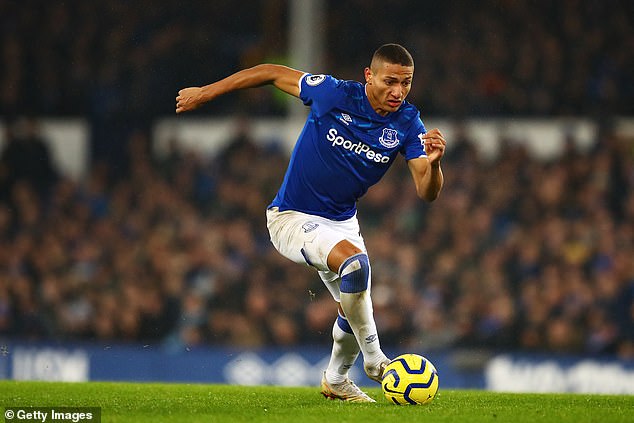 According to reports in the UK, Solskjaer is also monitoring Brazilian international Richarlison as an alternative for Haaland. United wanted the forward in the summer but their attempts to land him were rebuffed by Everton who were not keen on selling the former Watford FC man.

United want a versatile forward who can play across any position upfront like Anthony Martial, Marcus Rashford and Mason Greenwood do and Richarlison perfectly fits the bill as he can play wide, behind the main striker or as the main striker.

It will, however, take a substantial amount in the region of 100 million pounds for United to land him.