Keroche heiress Anerlisa Muigai took to her Instagram story to share why she had dressed ratchet at a certain event in 2018. She revealed that her Tanzanian bae, Ben Pol had told her to look sexy.

He was performing that night and Anerlisa did not disappoint him for sure! She was dressed in a black jumpsuit which revealed her waspy waist and weight loss. The jumpsuit also unveiled some parts of her body since it was transparent.

“This night I got so attacked coz of my dressing, only Eva and one more person knew that I dressed this way because Ben had told to look very sexy but I could not talk about it because we were only low key for 5 months, ” she captioned. 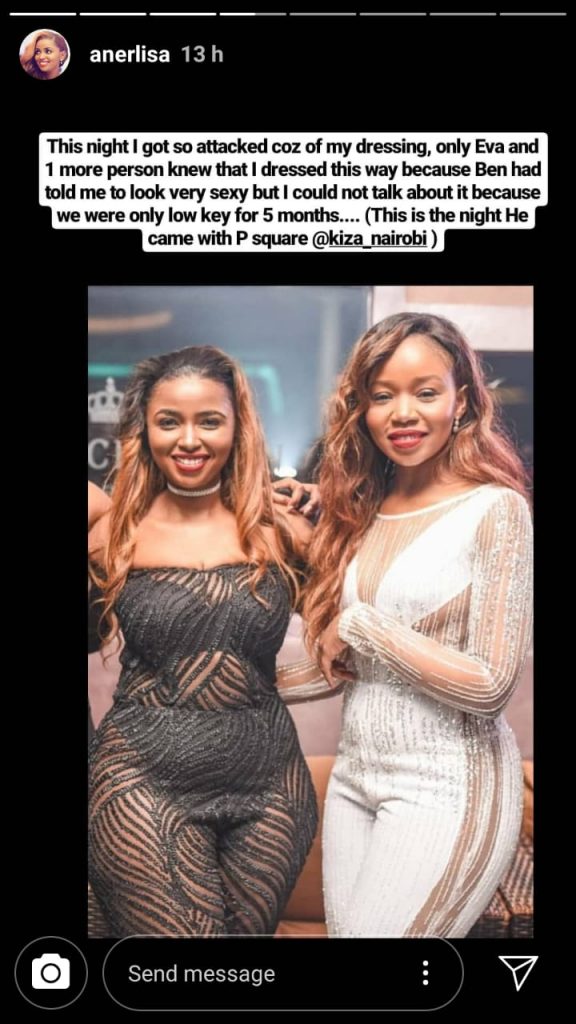 Last week, she dismissed break up rumours with Ben Pol. She took to her Instagram to say they are still together.

“My baby always tells me, once there is a created rumour about you, never address it, look at it a passing cloud. #Feelingtrulyblessed,” she reacted.

The ‘Moyo Mashine’ hitmaker proposed to Anerlisa back in April this year. A few months ago she was contemplating moving to Tanzania so they start their family.

“My baby has been trying to convince me all day to move to Tanzania🇹🇿 permanently but I am not sure how possible that would be,” wrote Ms Muigai.

The power couple made their relationship public late last year, after making a few club appearances together. They recently celebrated their one year anniversary.