Manchester City will look to continue their good run of form when they travel to Wolves on Friday night.

Pep Guardiola‘s men have struggled this season in comparison to previous campaigns but have comfortably beaten Arsenal and Leicester in their last two league games.

Liverpool plays Leicester on Boxing Day, meaning the Citizens could be 14 points off the pace at the top of the table by the time they kick-off. Three points against Wolves is a must but, as always, it will be anything but easy against Nuno Espirito Santo’s men.

Guardiola has even admitted that he is “not optimistic” about catching leaders Liverpool during the second half of the season as he does not expect Jurgen Klopp’s men to lose “four or five games” between now and the end of the campaign.

The Spaniard’s admission suggests he knows his team can ill-afford to drop any more points themselves.

Willy Boly and Morgan Gibbs-White remain sidelined for Wolves but other than that, Espirito Santo has no fresh injury concerns.

Sergio Aguero returned to action from the bench last time out but Guardiola may choose to leave him out of the starting XI once again with a busy schedule ahead – Gabriel Jesus is an able deputy. 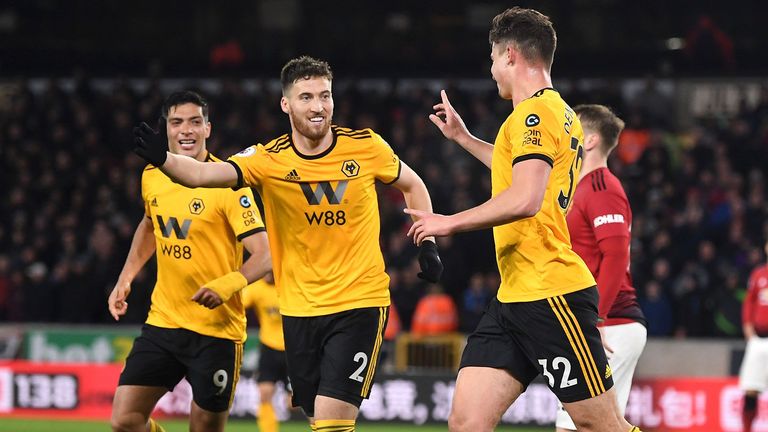 John Stones and David Silva are set to miss out once again but Rodri could return to the starting line-up, while Ilkay Gundogan picked up a knock against Leicester and is a doubt.

Leroy Sane and Aymeric Laporte are still some way from fitness.

Manchester City cannot afford to drop any more points in the title race. However, The Cityzens have not kept a clean sheet in the last five they have played in.