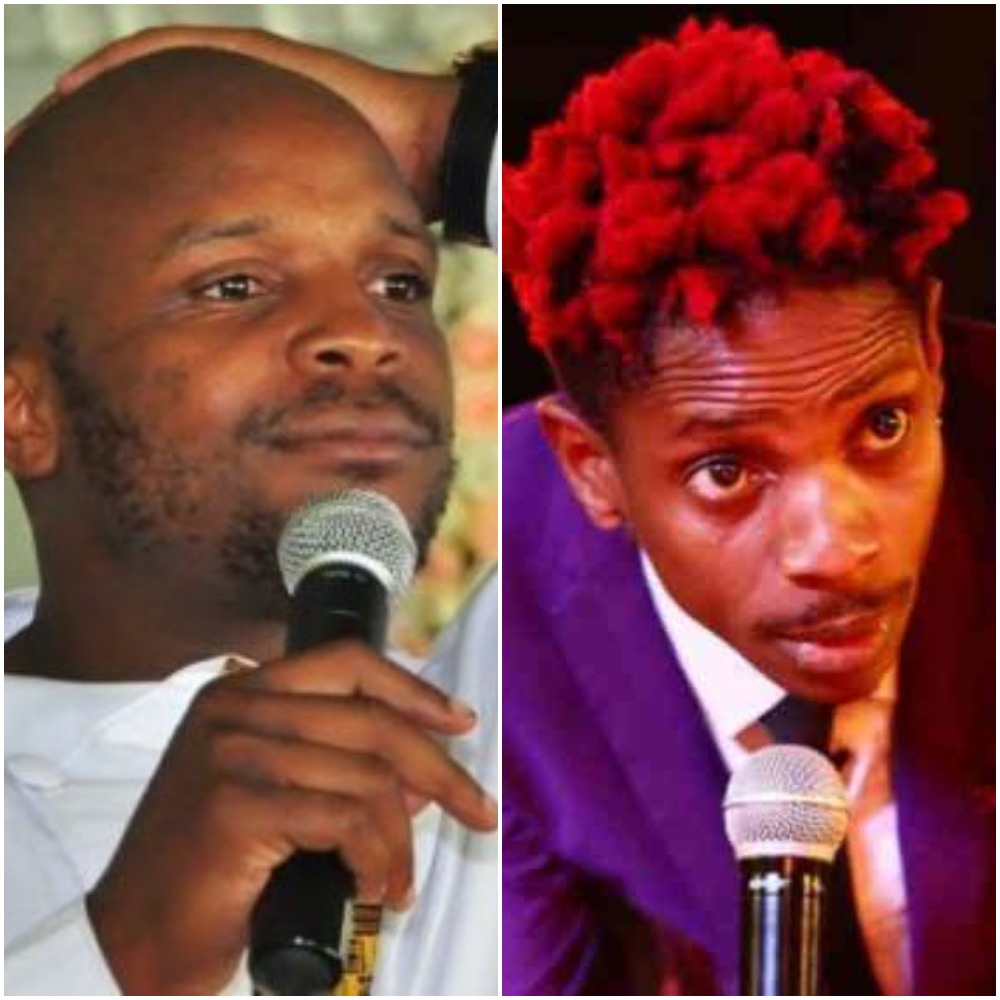 Choosing to reveal what they know to the tea master himself Edgar Obare, the ladies anonymously revealed the meandering ways of Jalng’o and Eric Omondi who were both married at the time.

While Edgar was exposing Jalang’o for allegedly cheating with a lady by the name Immaculate Karanja, receipts from a woman he has allegedly slept with leaked.

According to the lady, he is the biggest cheater and has cheated with multiple women on the trips he goes for. She likened him to ‘father Abraham’ Diamond Platnumz. 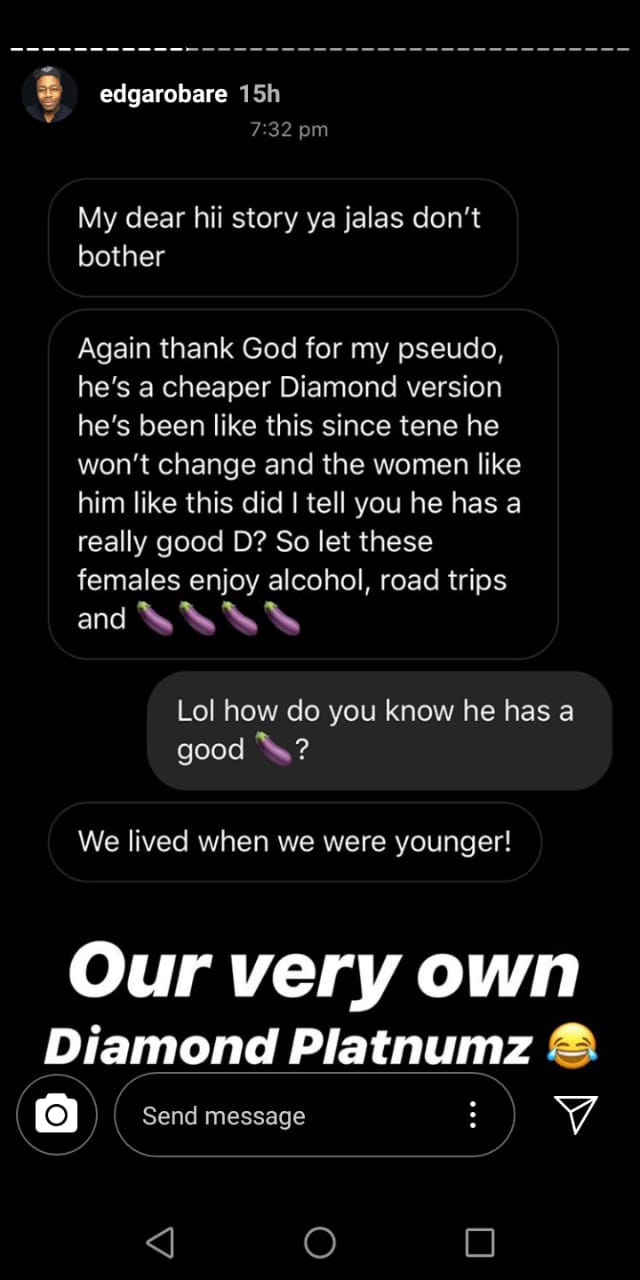 According to another lady, his cheating ways together with Eric Omondi who was dating Chantal are known. Apparently Eric Omondi used to use Fred’s house. 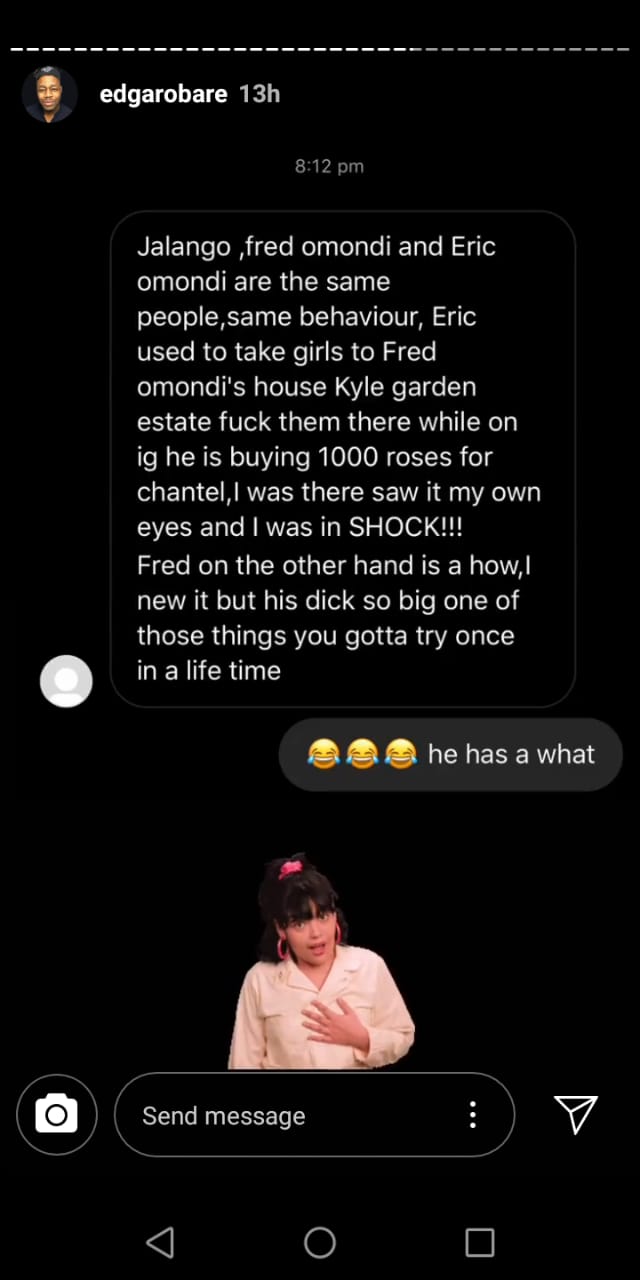 Churchill show comedian Sleepy David was also not spared as a woman exposed how he uses his title to lure girls. 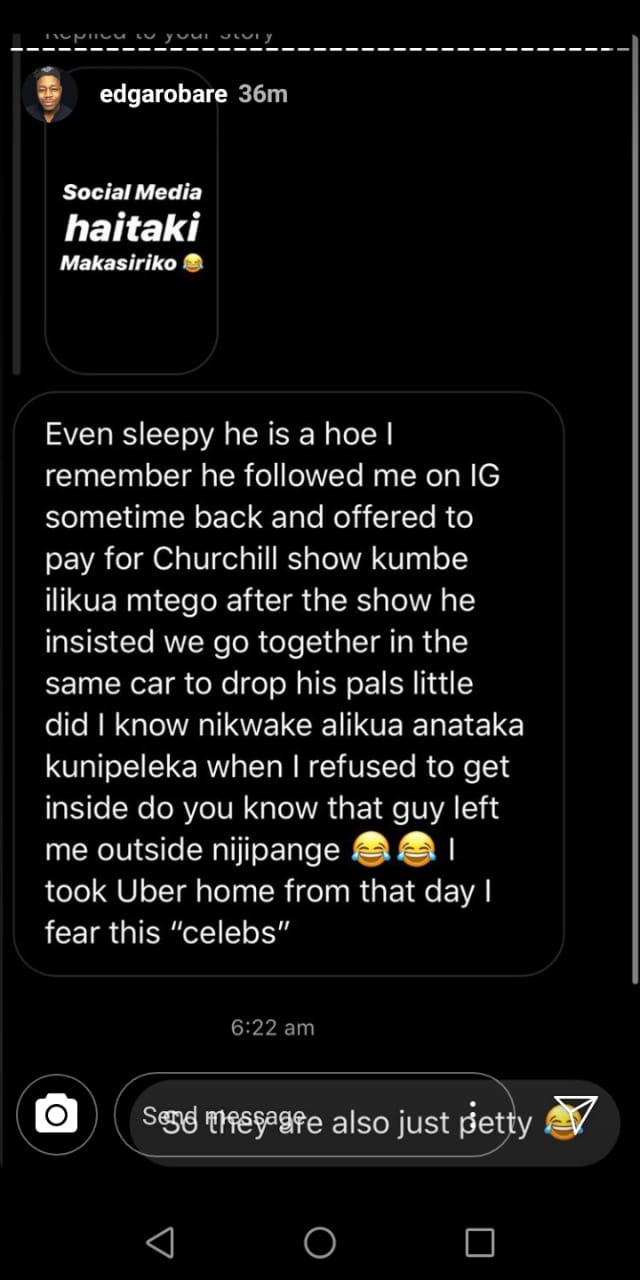 All these beg the question, can you trust any celebrity to remain faithful?