Freddie Ljungberg has confirmed he will remain with Arsenal – but is unsure whether he’ll be part of recently-appointed manager Mikel Arteta’s backroom team.

The Gunners were held to a 0-0 draw by Everton on Saturday in a dull Premier League clash, which took a back seat to both clubs naming new managers in a bid to revive their fortunes. 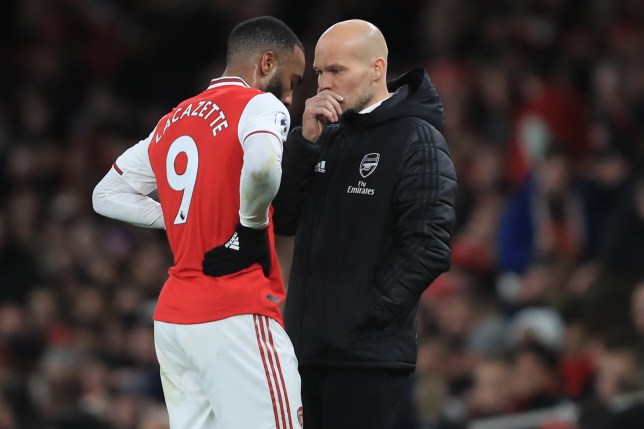 Carlo Ancelotti, named as the new Everton manager barely an hour before the kick-off, got a first glimpse of the Toffees from the directors’ box as did Arsenal’s new manager Arteta who was appointed by the Gunners on Friday.

Ljungberg has struggled since stepping in following the sacking of Unai Emery, winning just one of his six games, and this performance summed up Arsenal’s troubles.

However, after the game, he revealed that he looks set to remain with the club and will hold talks with new manager Arteta on Sunday.

“I’ve been told by the club they want me to stay but I will have a meeting with Mikel tomorrow and hopefully it’s a good one,” he said.

The game was littered with misplaced passes and ineffectual final balls from both teams, with just two shots on target in the entire 90 minutes.

But, despite Arsenal failing to impress against their fellow strugglers, Ljungberg hailed the performance.

“I was very happy. We had a very young side out there because I wanted energy and I wanted to give them chances. We dominated possession and chances, and you could see Everton getting tired and frustrated.

“I thought we could have won the game with the chances we had. But I loved the spirit we saw and that’s what you need in the Premier League.

“I wanted to see people that would run and fight for the team. We can’t rely on our name – we have to fight and do the dirty things,” he added.