In a statement made at Kilimani Police Station, Mutua claimed that MP Aden Duale, Kipchumba Murkomen and DP William Ruto are threats to his life and that of his family members.

As the saying goes, the internet never forgets, and the claims by the governor have brought memories of the late Nairobi businessman Jacob Juma.

A trace of the deceased’s twitter account also shows that he had spotted a strained relationship between DP Ruto and the governor. 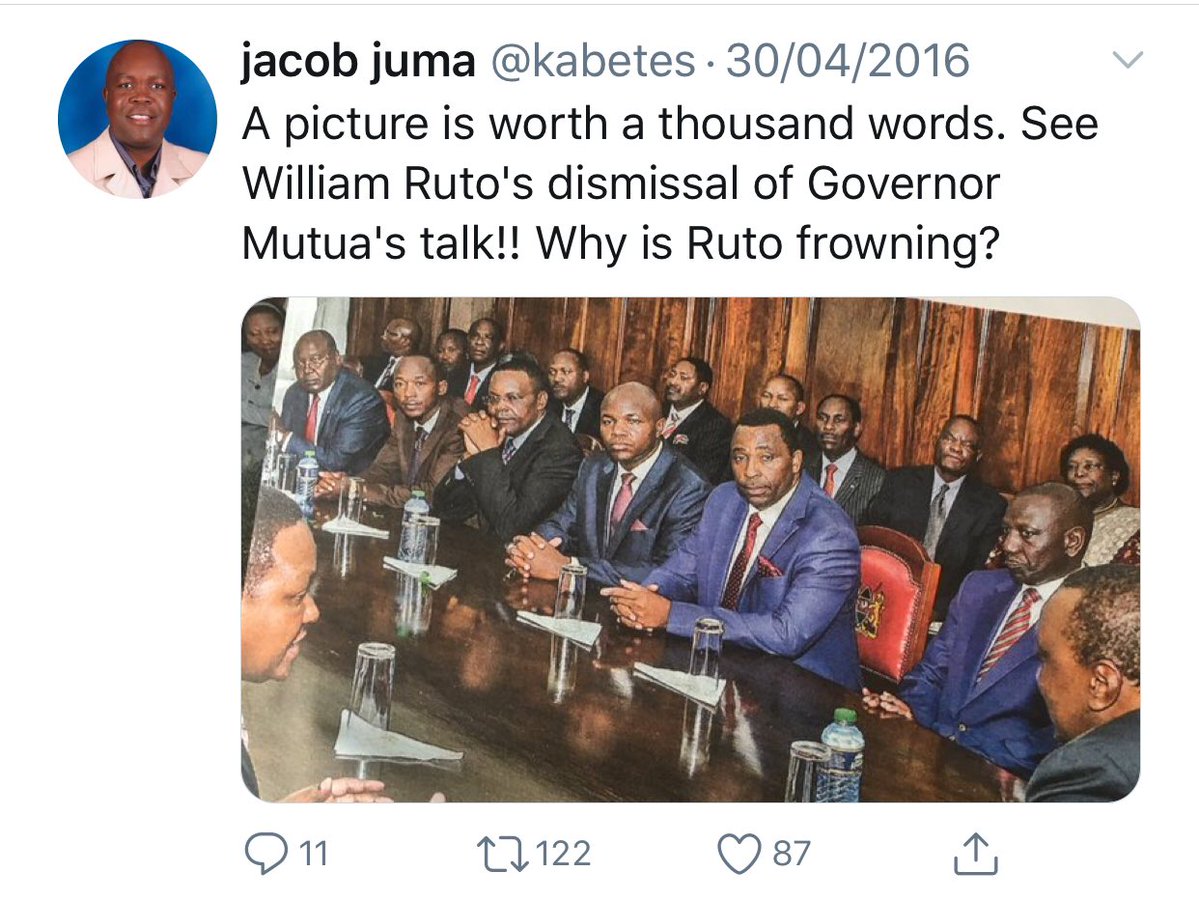 A section of Kenyans have associated Mutua’s death threats to that of the businessman and revived a tweet made by the deceased in 2016.

Jacob Juma Categorically Stated that DP Ruto had an obsession to murder him. People never took it seriously till the day he was Murdered. Today, Dr. Alfred Mutua just said DP Ruto, Murkomen & Dale have threatened his life. It should be treated as serious as it should be.

The late Jacob Juma would have been in a good position to explain the grudge between Alfred Mutua and William Ruto.
I believe it is not political. pic.twitter.com/iyPqmi1Gbb

The late Jacob Juma lamented about DP William Ruto staging for his Assassination…Most Kenyans ignored it as a bad political rumour…Fast-Forward 2019, Alfred Mutua has come up with the same serious allegation. pic.twitter.com/efHYQCM7hH

Juma had also foreseen his own death in 2015.

In a Facebook and Twitter post, he alleged that some top-ranking officials were out to eliminate him for digging deeper into the Eurobond scandal and just being a thorn in the government’s flesh.

Jacob Juma was shot dead on May 5, 2016, by unknown people near Lenana School in Nairobi.

Even after a series of investigations on the murder of the business mogul, there has been scanty information about the cause of his death.

The mysterious death has since then been suspected to be a political assassination.

One of the suspects in the murder case was linked to Ruto’s office.

One Douglas Nyakundi claimed that his boss gave him a confession letter to take to activist Boniface Mwangi explaining how Juma’s murder was hatched by people working at the office of DP.