Kevin De Bruyne starred as Manchester City bounced back from last weekend’s Manchester derby defeat with a 3-0 win over Arsenal at the Emirates Stadium on Sunday evening.

City went into the game as favorites despite their recent struggles and lived to the billing whipping the Gunners at their backyard. Kevin De Bruyne and Raheem Sterling bagged the goals for the Citizens. 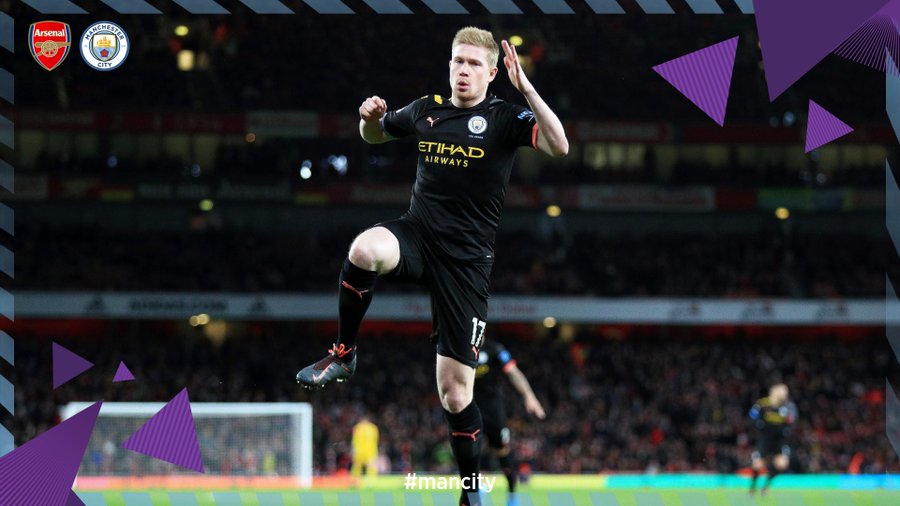 City took the lead inside the first minute through De Bryune who thundered into the roof of the net after a beautiful layoff from Gabriel Jesus. The Belgian turned provider in the 15th minute laying the ball to Sterling who found the back of the net from inside the penalty area.

Pe Guardiola’s men continued to knock in search of more goals with the Gunners now approaching the match cautiously as they risked a rout at their backyard. 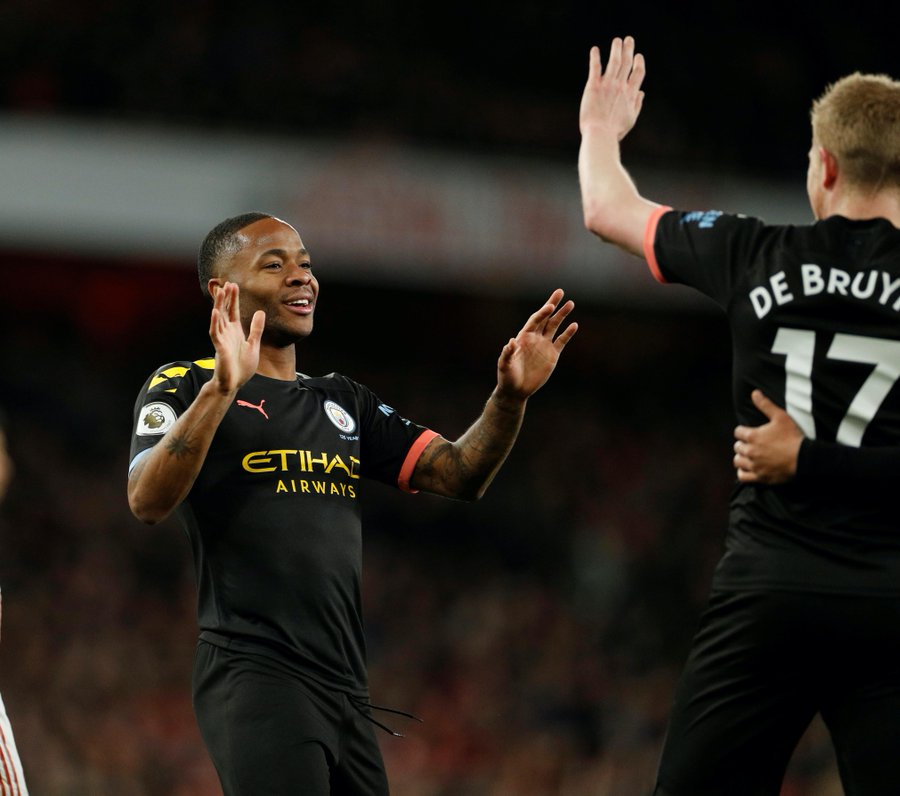 Arsenal slowly improved and they started to attack the Gunners in search of a goal. Nicolas Pepe, Pierre-Emerick Aubameyang and Gabriel Martinelli led the attack. They, however, looked fragile at the back and every Man City attack looked like it could result in a goal.

City finally got the third goal five minutes before the break. Man City youngster Phil Foden picked the ball on the right flank, danced past several Arsenal defenders before setting up De Bruyne for his second of the match.

The visitors took charge of the clash after the breather. Jesus wasted a huge chance to get a goal inside the first ten minutes when he skied his effort from inside the penalty area after he was set up by Raheem Sterling moments earlier Lucas Torreira had equally shot over the bar at the other end. 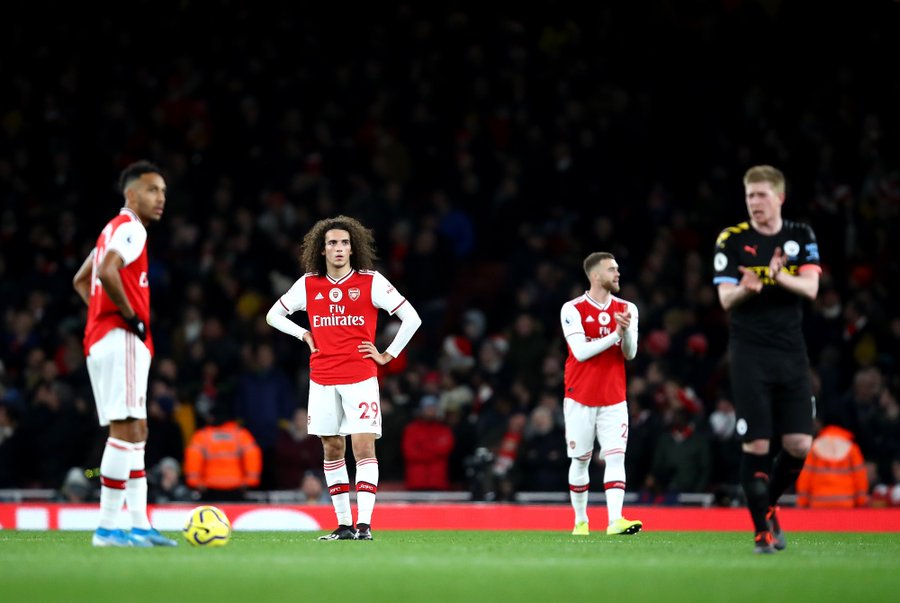 The chances dried up as the clock ticked and City protected their first-half lead to pick maximum points away from home.