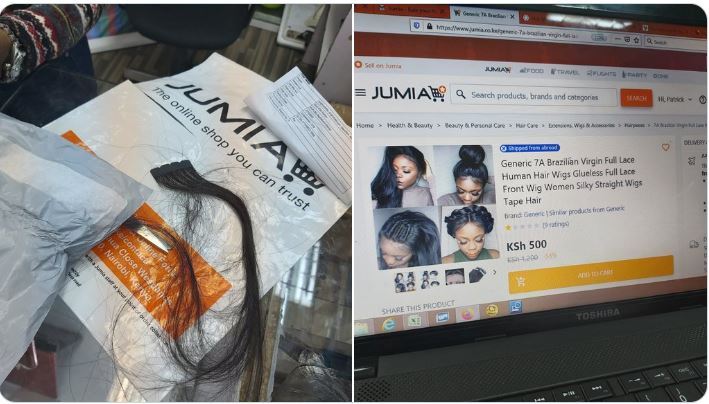 A woman has excited online users after exposing Jumia for selling her something that looks nothing like what she ordered.

The lady who goes by the username Galgalo Nanjie on Twitter put Jumia on blast when she showed a picture of what she ordered and what she received.

She had ordered for a Brazilian frontal wig which usually retails from Ksh. 10,000 and above. Jumia was selling it at Ksh. 500. Who wouldn’t want such a bargain? 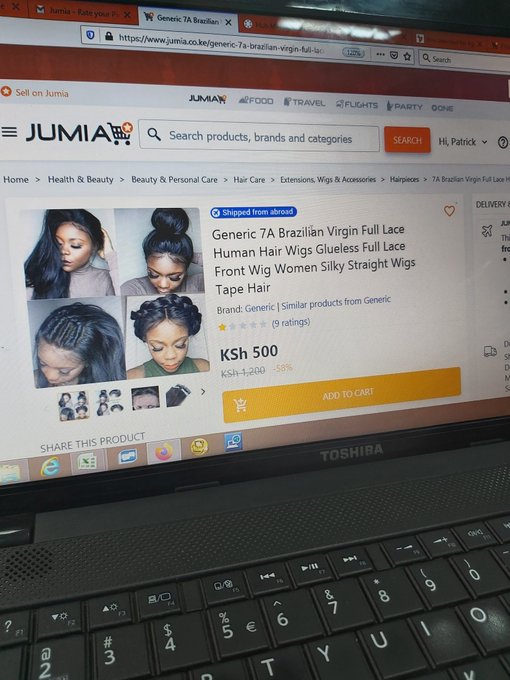 Netizens have however laughed at her for falling for such cheap antics. Many are saying she should have known better.

“I don’t know much about wigs but I’ve hung around your lot long enough to know there’s no human hair wig for 500 bob. That should have been the first red flag but…..soooooo funny.” wrote Quincy Wandera.

Check out what she ordered and what she got below:

Heh ! So @JumiaKenya this is the kind of rubbish you do ??
I ordered a full lace Brazillian wig and you bring a FUCKING STRAND ????? What the actual hell ????? pic.twitter.com/Wh7ZDNREVy

This is not the first time online shopping has messed up consumers. Check out some of the funniest ‘what you order vs what you get’ memes below: 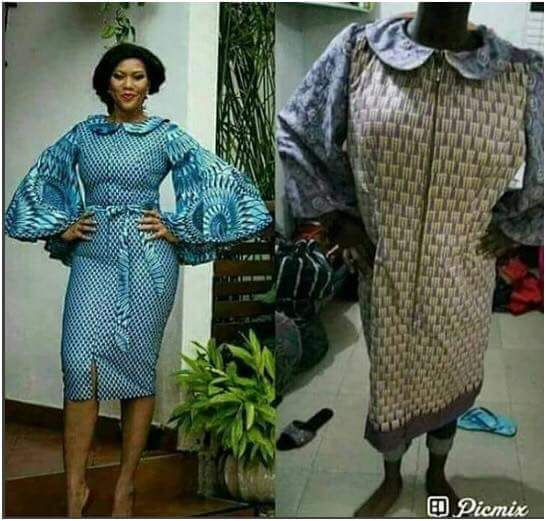 I ordered a camera and this what I got. A fckn Chinese toy. Avoid @JumiaKenya at all cost. pic.twitter.com/roRM7GWkV5 Happened to me the other day. I ordered kitchenware, I got toys https://t.co/WYhoiFoIjJ 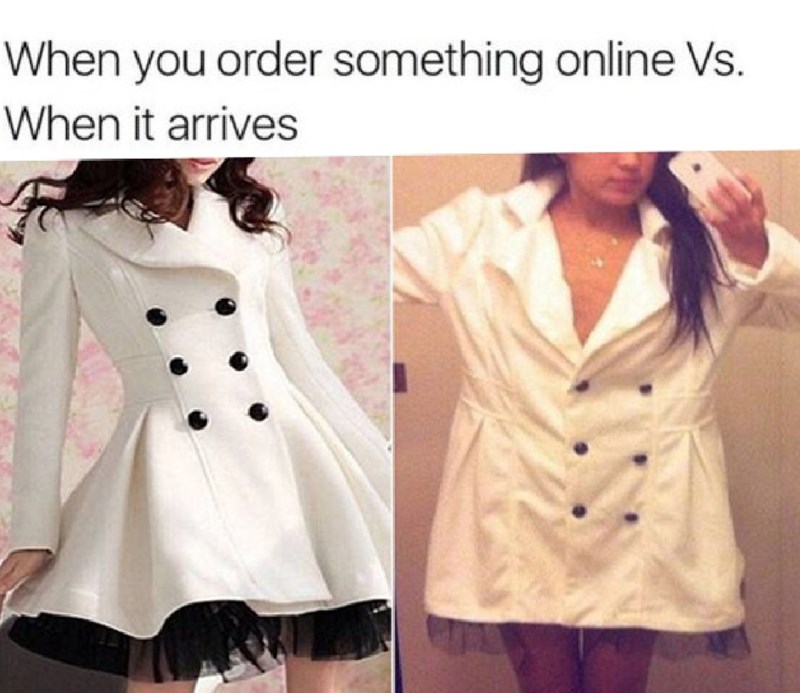