Gatundu South MP Moses Kuria has revealed that leaders from Mt. Kenya allied to Deputy President William Ruto’s camp will not attend a meeting organized by leaders from the region to discuss on the BBI.

Speaking to a local publication, Taifa Leo, the legislator maintained that despite receiving invitations from the organizers, most of them will not attend Thursday’s meeting which will take place at Ole Sereni hotel.

The MP cited the seclusion of Ruto allied leaders, (Tanga-tanga team) from the initial meeting held at Sagana as well as during the launch of BBI report as the main reason they will boycott.

“They did not involve us in the arrangement of Sagana meeting and to make it worse, they only prioritized ODM leaders during the launch of BBI report at Bomas of Kenya. Let them invite the likes of John Mbadi, Gladys Wanga and Sabina Chege,” stated Kuria.

The vocal legislator remarked that leaders from the region had conducted their official meeting in Embu town at the end of last week and that they did not need another meeting on the BBI.

“Embu meeting was attended by over 40 MPs together with a number of senators. We finished our business there and we are still meditating on our next decisions,” added  Kuria. 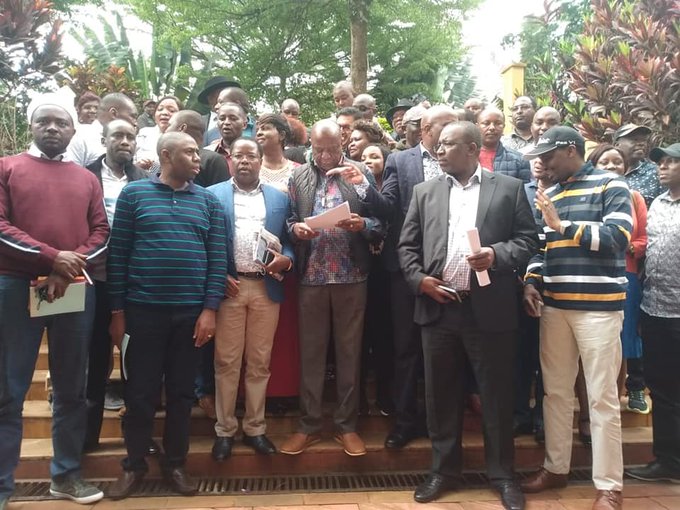 The organizers of the Ole Sereni meeting are said to have already sent out the invitation messages to all Mt. Kenya MPs.

Since the invention of the March 2018 handshake between President Uhuru Kenyatta and Raila Odinga, leaders from Mt. Kenya region have fallen out with one camp supporting the Deputy President William Ruto and the other supporting the handshake.

The meetings come at a time when one group led by Moses Kuria, and which is mainly dominated by supporters of Deputy President William Ruto, has insisted that the BBI report should be undertaken in Parliament while the other group, led by Kiambu Woman  Rep Gathoni Wa Muchomba have preferred a people-driven process and referendum.