Freddie Ljungberg began his tenure as Arsenal’s interim boss with a hard-fought two-all draw against Norwich City at Carrow Road on Sunday afternoon.

The hosts got their goals through Teemu Pukki, and Todd Cantwell while Arsenal captain Pierre-Emerick Aubameyang scored a brace his side. Arsenal keeper Bernd Leno was the star of the game particularly in the second half with a number of superb saves to help his side salvage a point.

The Gunners started the game strongly with Pierre-Emerick Aubameyang, Alexandre Lacazette and Mesut Ozil leading the onslaught but solid defending from the home team kept the Gunners at bay in the opening stages of the match. 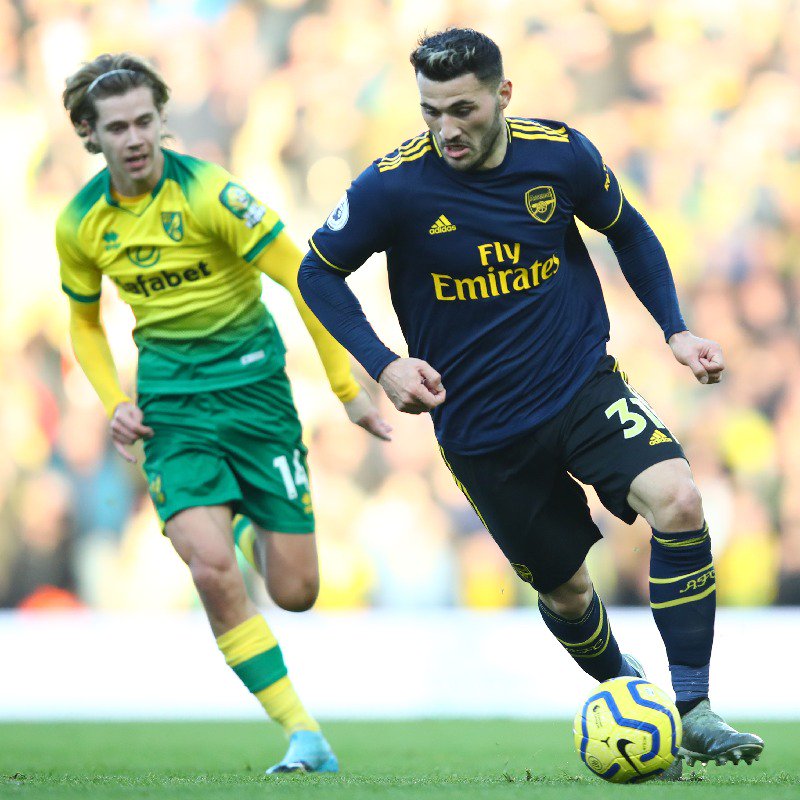 Lacazette, Calum Chambers, Shkodran Mustafi, Joe Willock all had early chances blocked by Norwich defenders. The hosts had a couple of chances of their own on the counter but Ibrahim Amadou and Kenny McLean had had unsuccessful attempts on Arsenal’s goal.

Against the run of play, Norwich went 1-0 up through their lead striker, Teemu Pukki. The Finland striker received a pass from McLean on the right flank, raced towards goal before unleashing a shot that was deflected home. 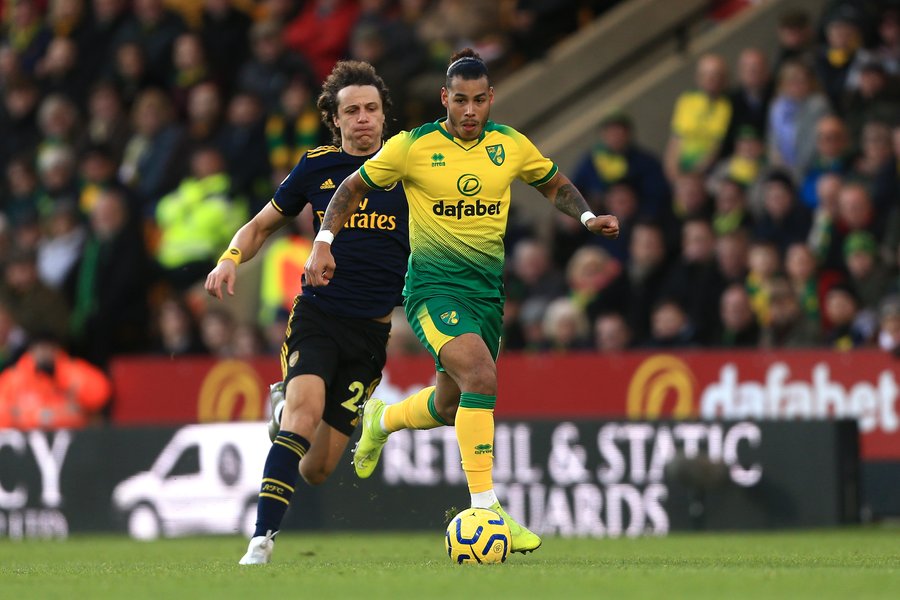 The lead lasted for eight minutes before Pierre-Emerick Aubameyang drew the Gunners level from the penalty spot after a handball inside the penalty area. Norwich keeper had saved his initial effort but VAR checks revealed that the keeper was out of his line before the penalty was taken and the Gabonese striker made no mistake with his second attempt.

Aubameyang really had his penalty saved by Tim Krul, then gets to retake it, and then does this to 19th place Norwich. Small club banter at its finest. pic.twitter.com/gSFbDLf2n3

The home side restored its lead in the first half’s stoppage time through Todd Cantwell who fired home with a low shot after controlling an Onel Hernandez pass from the left-wing. The hosts took a 1-0 lead to the break.

Irked by the goal they conceded just before the break, the Gunners started the second stanza strongly. Matteo Guendouzi and Lacazette both came close in the opening five minutes of the second half but they amounted to nothing.

Three minutes before the hour mark, Aubameyang got his second of the game to equalize for the visitors. Mustafi miscued a Mesut Ozil delivery from the corner kick and the forward was rightly placed to fire past Tim Krul.

McLean nearly restored the hosts’ lead immediately but his attempt failed to hit the target. Tom Trybull and Pukki followed with more strikes on goal but Arsenal keeper Bernd Leno did well to keep his side in the game on both occasions.

None of the sides could find the winning goal as Leno particularly stood tall between the Arsenal posts to help the north Londoners pick a crucial point.