Matchday 11 takes center stage in the Kenya premier league this weekend with 7 matches scheduled to take place. Gor Mahia continues to lead the table while Chemelil is still rooted at the bottom of the log.

These are the main talking points ahead of the fixtures.

Ulinzi stars has the best defensive record in the league. The Soldiers have let in just five goals in the 10 matches played this season.

Much of that is due to their goalkeeper Timothy Otieno. The custodian has kept seven clean sheets in 10 matches, a feat that saw him named as the best player in the league for the month of October last Friday.

Gor Mahia attackers will need to be at their very best to get past Timothy Otieno.

Wazito to Finally Get off the Mark Under Ouna

Just 10 games in, Wazito Fc has a third head coach! This time though, the team went for the tried and tested Frank Ouna. He is the man responsible for promoting the team into the top flight two seasons ago and kicked off his reign with a barren draw against Kariobangi Sharks with ten men.

Chemelil has yet to win a match this season and looks certain to be relegated. Surely Wazito has to win! 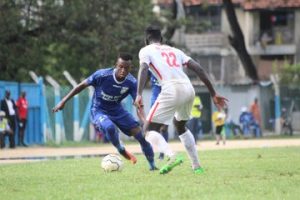 Last season runners up Bandari United have lost three of their last four matches and sit 12th on the table with 12 points and a goal difference of -1.

The Dockers travel to face Tusker FC on Sunday looking to put an end to the disappointing run. Tusker is unbeaten in their last four and has title ambitions this season as their head coach pointed out at the start of the season. Bandari will need to be so much better than in previous weeks if they are to take a positive result back to the coast.