Motorists plying the Limuru-Maai-Mahiu highway have been advised to seek alternate routes to get to their destinations, after a nine-car accident paralyzed movement on the busy road.

According to eye-witnesses, a heavyweight truck, which lost control while negotiating a sharp corner, rammed into the other vehicles Thursday afternoon.

No casualties have been reported in the bizarre accident. 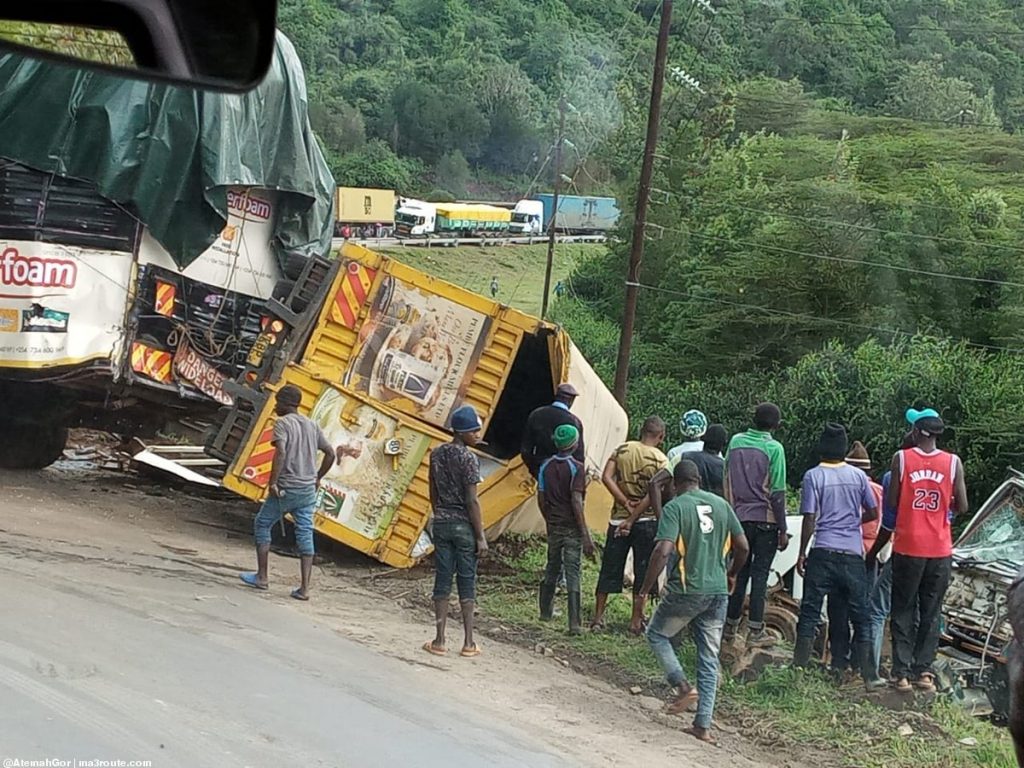 An unconfirmed number of people have, however, been reported injured.

Photos from the scene show vehicles, most of them lorries, sprawled at the roadside, as the oncoming traffic snakes for kilometres. 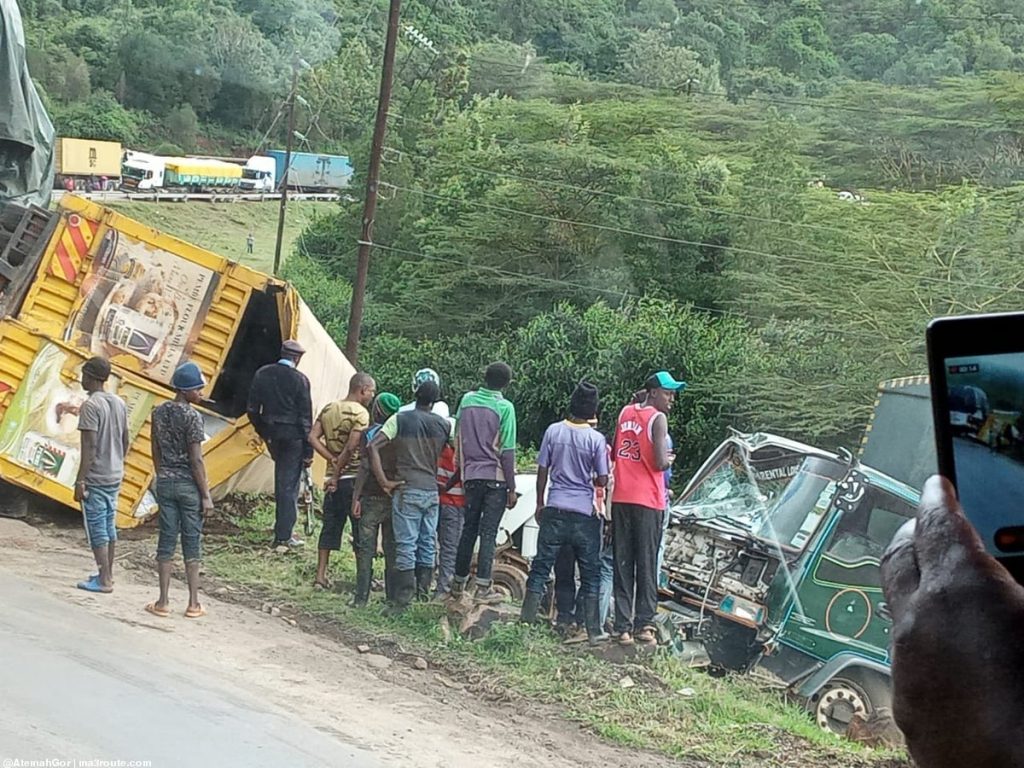 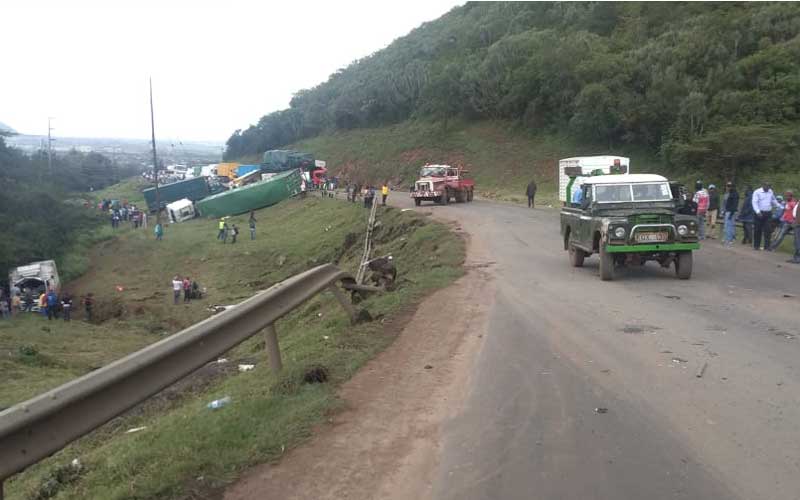