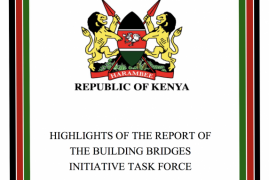 The BBI report and the ‘TWA TWA’ incident have been on the trends throughout the week and Kenyans have come up with an interesting way to link the two up.

The building bridges Initiative report is a relevant document considering that it addresses issues that are vital in building a united nation.

The awaited document was on Tuesday presented to President Kenyatta at the State House and on Wednesday officially released to the public.

Even though the document highlights issues like corruption, divisive elections, inclusivity among other things, Kenyans have added their own segment addressing sexual relations in a banter that has now gone viral. 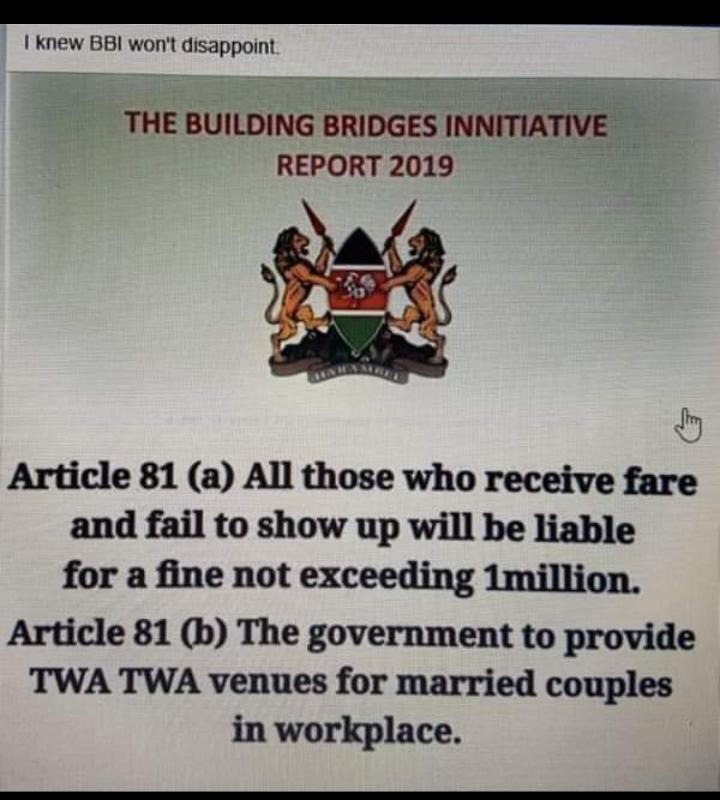 The boychild has over the years complained about incidents where women ask for fare from men when they plan to meet up only for them not to show up.

The statement in the photoshopped image favors men since it indicates that women will now be fined for receiving fare and failing to show up.

They also included that the government will now offer venues for married couples to engage in sex at their workplaces. Some Kenyans believe that the Twa Twa video united the nation more than how the BBI report has.  Despite the report being vital, twitter users have created all sorts of memes including the made-up segment.

TWA TWA has brought Kenyans together than BBI. It can now be declared a national party😂