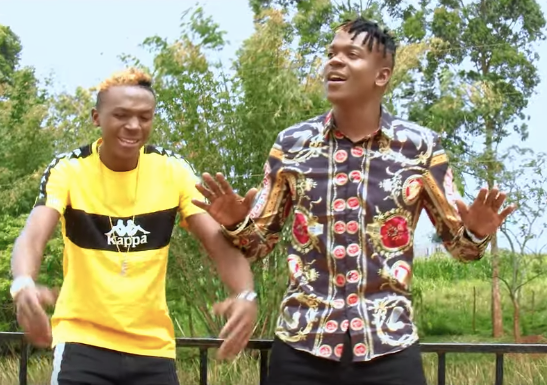 The Gospel music industry in Kenya has been generally silent ever since Gengetone, which is the new club sound in Kenya, has been taking over clubs.

Gengetone eliminated gospel has the top genre something that has left many wondering who will redeem gospel music. Also, Willy Paul, who has been a very controversial artist, has moved to secular music another thing that has made fans wonder who will replace him.

Well, budding singers Enos Raji and Gold Boy are making huge steps to ensure they do.

The two singers have finally dropped their new gospel collabo dubbed “Wasamehe”. The song is about their journey in the music industry and praying to God to guide and forgive them as they work towards conquering the industry.

“Wasamehe” is Raji’s fifth song since he debuted almost a year ago with “Noma”. Other songs he has released include “Mama” and “Ninangoja”.

The song has been produced, shot and directed by Safri Records, which has worked with artists such as David Wonder, Dar Mjomba and Vixy chosen. The Kenyan singer is managed and mentored by Peter Burugu Gachugu who is the MD-world plastics co. Ltd.

Watch the video below and drop a comment on what you think: