The launch of BBI at the Bomas of Kenya on Wednesday was filled with light moments brought by the Master of Ceremony, Junet Mohammed.

As he invited Elgeyo Marakwet Senator Kipchumba Murkomen to the podium, Junet warned him against talking about Jubilee Wrangles. 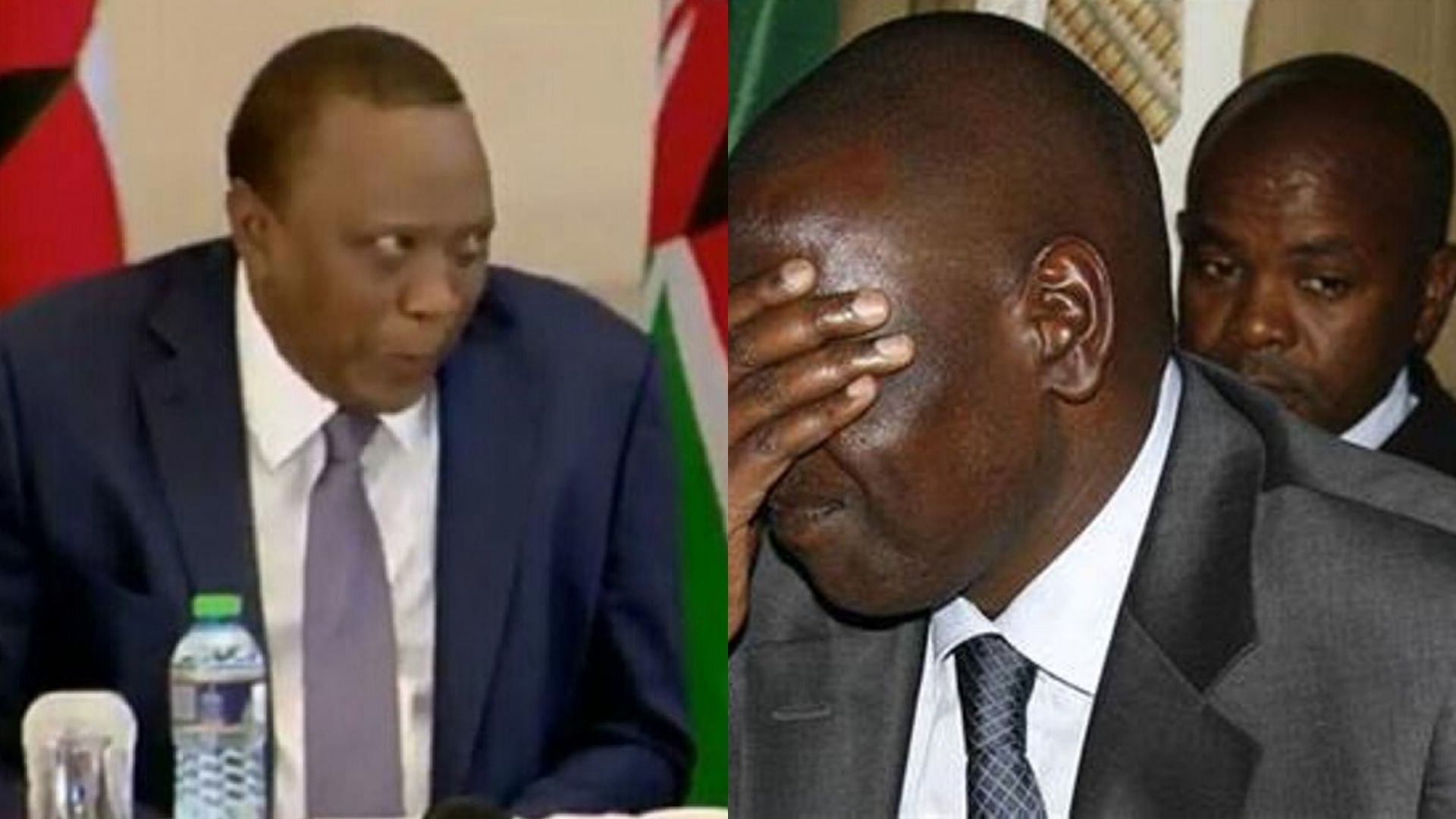 The comments by Junet sparked a light moment among members of the crowd including President Uhuru Kenyatta.

However, deputy president William Ruto could not hide his agitation in the manner at which the president was laughing.

Senator Kipchumba Murkomen gets booed and shouted down while making his speech at the Bomas of Kenya. #BBIReport #BridgingTheDivide pic.twitter.com/8Is0xgnmPS

Even though the BBI was set to unite warring political parties, the bridges were further broken when Elgeyo Marakwet Senator Kipchumba Murkomen walked on stage.

Murkomen, who was quick in faulting the organization of the meeting at the Bomas of Kenya said that those with a different opinion were barred from speaking.

“Your Excellency I must point out that there are very many things that are wrong here, even how Junet is running this program is incorrect,” said Murkomen.

The senator’s sentiments sparked booing from a section of the audience who seemingly found fault in his sentiments.

But when as an MC you say stuff like ‘don’t bring Jubilee problems here’, you are implying bias, or stirring a hornet’s nest, and arguably providing the launchpad for such rants. Middle ground is very important when moderating such sensitive sittings.

It was with the intervention of BBI Taskforce Chairman, Yusuf Haji that the senator was given the audience to let out his bitter rants.

Another victim of the political sideline at the Bomas of Kenya was Nairobi Governor Mike Sonko.

Sonko also accused the event organizers of bias in the selection of speakers who did not consider him in the list of speakers in a special event taking place in his county.