12 times Uefa Champions League winners Real Madrid played host to French leaders Paris Saint Germain at the Santiago Barnebeu for the second leg tie of Group A matches. Zinedine zidane was looking forward to overturn the results after his side had fell to a 3-0 defeat in Paris back in September.

Real Madrid started with Thibaout Courtois in Goal, the usual defense of Carvajal, Varane, Marcelo and Sergio Ramos who had missed the first leg due to suspension. Casemiro took charge of the midfield along side Toni Kroose and Valverde. Eden Hazard and Karim Benzema led the attack with Isco being reintroduced to the first eleven for the first time in 5 matches. PSG maintained the same squad with both Neymar and Cavani still missing their first eleven spot. French star Kylian Mbape, Mauro Icardi and Angel Di Maria were all out on attack.

Toni Kroose came close to scoring in the early stages of the match after he took a shot at goal that went wide on the right side of the post.

Minutes later, Eden Hazard perfectly dribbled past two PSG players, passed the ball to valverd who crossed it to the box only to land on Isco’s feet who hit the post, but Karim Benzema was near and took the rebound and smashed it inside the net to give the host an early lead on the 17th Minute. 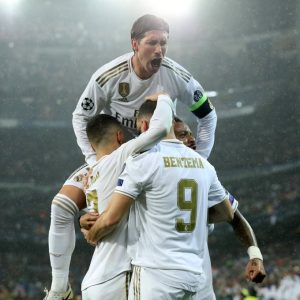 Real Madrid kept dictating the speed and direction of the game by spreading the ball widely to the wings and keeping close distance to each other.

Up until the 30th Minute, Real Madrid looked the sharpest after a series of passes that kept connecting every time they launched an attack. This produced two attempts on goal by Toni Kroose but Navas, former Real Madrid goalkeeper, was so alert and cleared them.

Despite the pressure from the home team, the visitors created some few counter attack runs past Real Madrid’s defense, but kylian Mbape failed to squeeze in the goals on two occasions. However this did not send any fears to Zidane’s men, as they kept creating chances and shooting at goal. Casemiro curved the ball to the top right corner and forced Navas to stretch wide and punch the ball out to give Real Madrid the 5th corner. 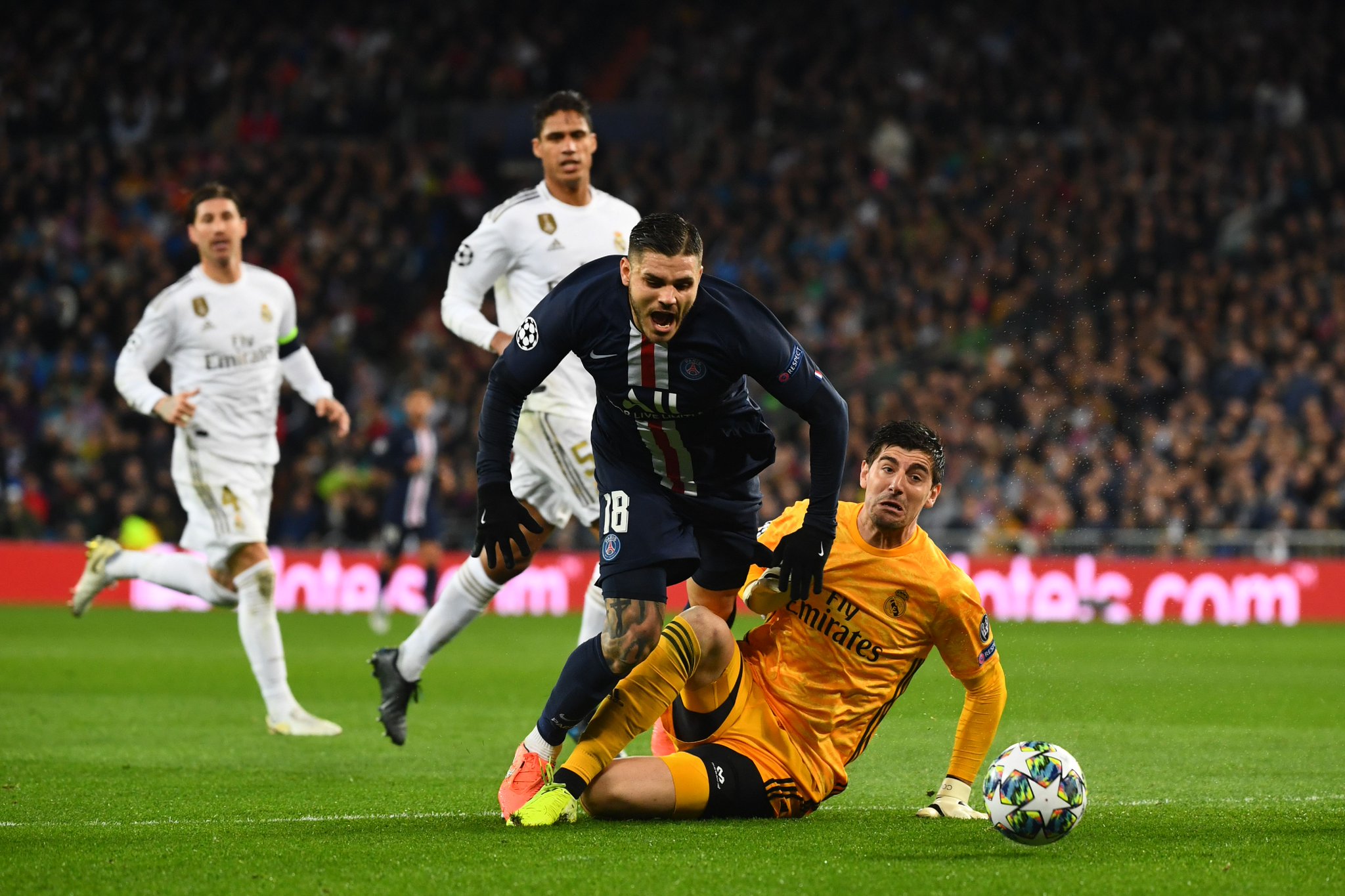 A minute later, Mauricio Icardi was brought down by Courtois near the box as he was making the best out of a counter attack. This prompted the Referee to give courtois a straight red card and a potenial penalty loomed. However, after a VAR check, the referee cancelled the red card and instead gave a free kick to Real Madrid as it was clear Marcelo was pushed from the back in the build up to PSG’s counter attack. Despite that, Courtois was shown a yellow card for the tackle he had made on Icardi. The first half would later end after 3 additional minutes were added.

Neymar came in immediately at the start of 2nd half marking the first substitution of the game.

The intensity was not lost as the home team kept pressing, passing and shooting. Eden Hazard combined perfectly with Marcelo on the left wing, producing one two passes that penetrated through PSG defense. However little came from it as Isco missed three chances served to him.

On the 65th Minute, Neymar gave a pass to Mbape who had already made a ran towards goal, but Courtois reacted quickly and came out of the goal line to clear the ball before Mbape could control it.

On the 67th Minute, Eden Hazard was taken off after he suffered a knock and in came Gareth Bale. 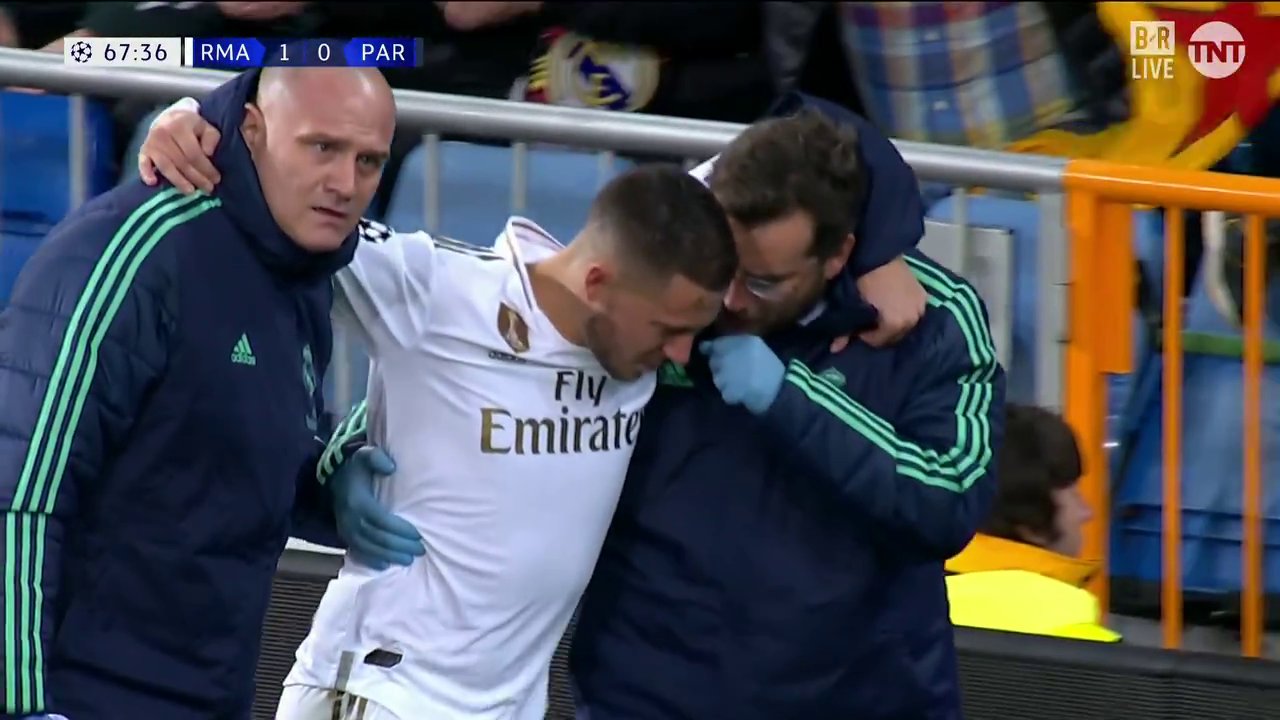 Both teams made late substititutions on the 76th minute as PSG’s Icardi and Di Maria made way for Sarabia and Draxler. Luca Modric came in for  valverde.

Real Madrid doubled the lead on the 78th Minute after  a cross from Marcelo was headed in by Karim Benzema who scored his second of the match. 2-0

Luck of concentration costed Real Madrid a minute later after Kylian Mbappe made a brilliant ran and scored his first of the match in the 81st minute. 2-1

All was not done, PSG made a wonderful move courtesy of Neymar and super sub Sarabia smashed the ball inside the net with his right foot to equalise for the visitors. 2-2

4 minutes were added to the match but both teams had to settle for a point.

What the result mean?

The draw means PSG will go through at the top of group A. This however does not affect real madrid as they have qualified already but they will need a win Againts Galatasary to give them the comfort.