A 49-year-old primary school teacher who went missing on a mission to mark this year’s Kenya Certificate of Primary Education (KCPE) examinations in Nairobi has finally been found alive.

The father of six left his rural home at Kogana Village, Karabondi location on November 8, at around 5.30 pm for St Georges Girls Secondary school in Nairobi where he was allegedly to mark the exams but later disappeared under unclear circumstances after reporting to the marking center.

Speaking to KNA on phone, one of his relatives Collins Odhiambo said that the teacher was found sitting at Kamkunji Grounds after two weeks of search. 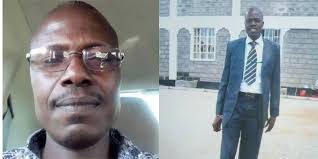 According to Odhiambo, they traced the teacher through a CCTV after getting a tip-off that he was seen spending the night in an unidentified location in Nairobi from November 9 to 11.

The teacher has been taken to Nairobi West Hospital for medical examination to find out whether he is mentally fit.

Meanwhile, families residing in floods prone areas have been urged to move to higher grounds to avoid flash floods and possible deaths following the heavy rains being witnessed in the region.

Homa Bay County Commissioner Harman Shambi said that some parts of the region might experience floods in the coming days.

The county boss further said that they have started receiving cases of destruction by flooding water in flood-prone areas in Rachuonyo North, Suba, and Ndhiwa Sub County.

Shambi revealed that about three houses were reported destroyed by floods at Kogola village, Kanam B Location following heavy witnessed over the weekend.

He appealed to different organizations to sensitize communities on the dangers of floods.