Eight suspects who had been remanded at the Kasarani police station by a Kiambu Law Court on suspicion of being members of the terror Red- Army gang have been released for lack of evidence.

When they were arraigned in court yesterday for a mention of their miscellenous case in which the investigation team sought custodial orders to detain them so as to complete the investigations into the case, the magistrate clarified that she was not going to extend the period as the investigating officer had ample time of five days to hold them at the police station.

Nicholas Kamau, Alex Theuri Irungu, John Ndeng, Edwin Mwangi Muiruri, Brian Kamau and John Muiruri had been detained at Kasarani police station on orders of the court on suspicion that they were members of the Red Army terror gang which has been terrorizing residents of Kahawa 44 in Nairobi County.

Kiambu Senior Principal Magistrate Ms. Stella Atambo said police cannot be allowed to detain suspects without charging them when they were due.

“ If you come to court and say you need five days and you are allowed, there is no reason for you not to have completed your investigation,” she told the investigating officer PC James Chege of Kasarani Ploice Station. 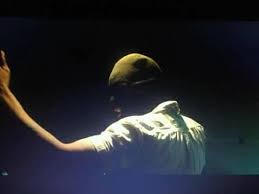 Prior to their release, the officer told the magistrate that the suspects had been quite helpful and their co-operation had helped bring to book six suspects who were presented to court last Monday.

The six are currently being held at Kasarani police station and the investigating officer said he hoped to consolidate their case with the one for eight suspects if he was allowed more time.

They had been held at the police station on suspicion that on November 10, they allegedly attacked Johnson Mwangi, the owner of Central Bar and Restaurant, injured him and stole goods and cash from him while using violence on him.

The magistrate therefore released them unconditionally. The case of the six will be mentioned on December 3,2019.

For the Director of Public Prosecution, Senior State Counsel Mr. Donnex Ongira confirmed to the court that the OCS Kasarani has exonerated the suspects saying the court could release them.