Jose Mourinho started life at Tottenham Hotspur with a quick 3-2 win over West Ham United on Saturday at London stadium. But the Portuguese clearly escaped a draw by a whisker. It was all over his face at the end of the match.

The match kicked off on a balanced tone with West Ham knocking doors as the visitors hit back in impulses. Their top scorer Harry Kane was instrumental from the word-go coming closer in a number of times but failed to beat offside trap at the most crucial moments. 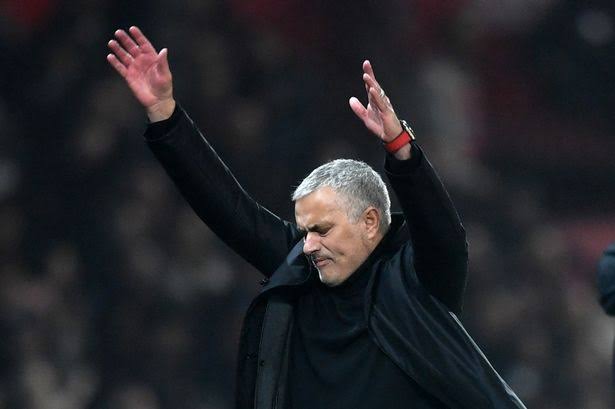 However, Heung-min Son and Lucas Moura rose to the occasion to put Mourinho’s troop ahead before the half-time break.

Son made no mistake in the 36th minute, scoring the first goal of the new era at Tottenham with a lashed left-footed strike that passed too easily through Roberto’s midriff.

Once the first goal arrived, the second swiftly came in tandem courtesy of Moura who scored from Dele Alli’s flick.

Kane would then pick from where they left at halftime to make it 3-0 on return from the tunnel. Mere seconds after Moura had bottled a clear one-on-one opportunity, the Englishman continued his superb record in London derbies by heading home from Serge Aurier’s pinpoint cross. 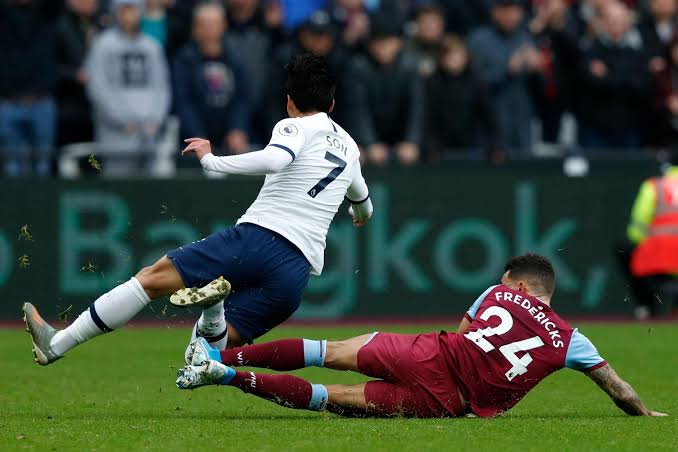 Situations then eventually changed. West Ham realized they were at home, and that an embarrassing loss to Mourinho would not be accepted. And Michail Antonio opened the scoring for the Hammers.

Turning Toby Alderweireld with a delicious dummy, the Englishman – one of West Ham’s better players on the day – fired past Paulo Gazzaniga as he fell backwards.

And from then on, you got the impression that Tottenham were reverting to type and started to buckle under pressure as West Ham created more and more chances.

However, their second goal came far too late. Antonio nearly forced an own goal with a brilliant run own the right-wing, before Angelo Ogbonna enjoyed more success from a corner.

And that’s how it ended. 2-3. Mourinho recording his first win with Spurs but breathing a sigh of relief.