Hours after the body of K24 TV Director Daniel Chemjor was retrieved from Cheploch Gorge along Kerio River, his father Simeon Kiptigen has spoken out.

The father, who ails from Ainabmoi area in Baringo county (just two kilometres from the accident scene), mourned his son while recalling how the government failed to take heed of his advice which he said could have helped prevent the situation from worsening.

“For a long time, I had made an appeal to the government to ensure that they erect barriers along this killer bridge so that it can prevent loss of lives, but nothing has been done,” remarked Kiptigen.

He added that the bridge had killed many people in the same manner yet the government had done little to curb the incidents.

He added that his son had been a production officer at K24, a station under Mediamax, for more than 15 years.

VIDEO: For a long time, I had made an appeal to the government to ensure that they erect barriers along this killer bridge so that it can prevent loss of lives.This is according to Simeon Kiptigen , the father of Daniel Chemjor who perished last night at Cheploch Gorge.

While recalling the last moments he shared with the deceased, Kiptigen revealed that Chemjor had travelled to Eldoret to see his family before coming back to his father’s home in Baringo, only to be informed at midnight on Wednesday that his son’s car had plunged into the gorge.

We mourn the death of our super Director, Daniel Chemjor, whose car plunged into the Cheploch Gorge last night. #RIPChemjor #K24NewsCut

We mourn the death of our super Director, Daniel Chemjor, whose car plunged into the Cheploch Gorge last night.#RIPChemjor #K24NewsCut

He called on the government and all well-wishers to help him as he begins plans to rest his son.

Chemjor’s body was retrieved from the river on Thursday noon after divers from Cheploch gorge helped in tracing the ill-fated car.

It took the combined effort of locals, divers and a private crane to recover the body and the wreckage of the vehicle in an operation that lasted almost four hours to complete.

The car was reduced into mangled wreckage with its windscreen, body and windows shattered.

Among those who have come out to mourn Chemjor’s passing are his colleagues in the media industry, led by renowned news anchor Betty Kyallo who have all hailed the late as a great professional in the industry.

His body has been moved to Kabarnet Hospital Mortuary. 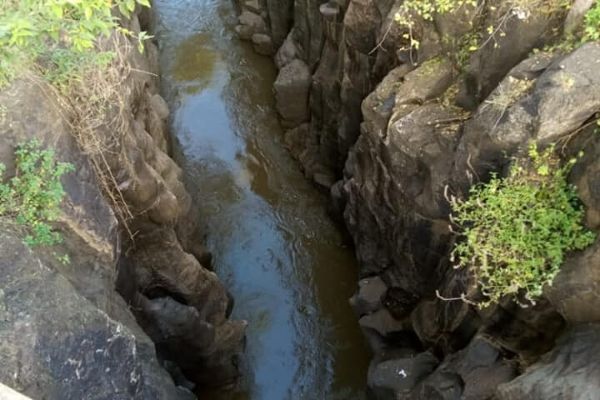