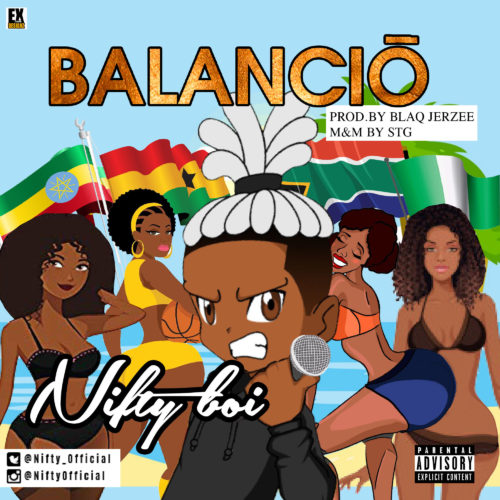 Singer NiftyBoi has made a grand comeback in the music scene after taking over with his debut single “Fine Girl.”

NiftyBoi, who is originally from Nigeria, has released his new track dubbed “Balancio” which is already taking over the club scene.

Balancio, which is a perfect blend of smooth lyrics and awesome sound, is produced by extraordinaire- Blaqjerzee. Balancio is the third single from the 20-year-old this year.

The 4-1-1 got us in this mood #BALANCIŌ by Nifty produced by @blaqjerzee_ m&m by @stgthaprodigy is out now. Let’s vibe!!!

The singer is expected to officially launch the song on November 15 in Dubai during the One Africa Music Fest which will attract several musicians from Africa. The singer will be performing alongside Banky W.

Nifty’s versatility and compelling voice have seen him grown in the music stratosphere as industry experts have dubbed him the next big thing.

Listen to the song HERE