The Sh. 3 billion allocations by the government in the current financial budget to revive coffee farming is insufficient to make a substantial impact on the sector. 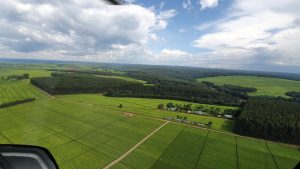 Kigumo legislator Ruth Mwaniki has observed that the ailing coffee sector needs more funds to revamp the same and make the cash crop profitable to farmers.

Speaking while commissioning new offices for AMICA Sacco in Kigumo town on Saturday, Mwaniki noted coffee farmers have suffered for long due to poor management of the cash crop.

She said if the government is indeed committed to revive the sector, more funds are needed, arguing that even the allocated funds are yet to reach farmers.

“We appreciate the allocation of Sh3 billion by the national government but the funds will do little in improving production of coffee. The sector has been ailing for long and more resources are needed to revert coffee to a profit-making cash crop,” said the MP who was accompanied by officials of the Sacco.

Mwaniki requested the government to allocate another Sh4 billion during the next financial year, saying the funds should be channeled directly to farmers and not through some financial institutions which claim to support farmers.

“Coffee farmers are known, they are allied to societies and some Saccos like AMICA deals directly with farmers so let the funds be channeled through them,” she added. 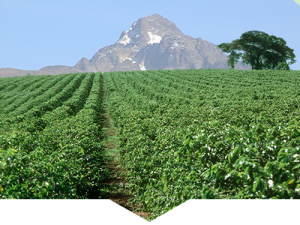 She advised that coffee production be given full attention claiming that many farmers have abandoned the crop after they started incurring losses.

“There is need to boost coffee production and give farmers hope by ensuring they get more income from the crop,” she said.

On tea, the MP asked Kenya Tea Development Agency (KTDA) to scrap some taxes attached to the crop to enable farmers get maximum returns.

“The more than 42 taxes levied on tea usually subject farmers to minimal returns from the crop. KTDA should scrap some of the taxes attached to the crop,” she added.

The legislator lauded AMICA Sacco for standing with farmers even during hard times when they gain little from their crops.

AMICA Chief Executive Officer Mr. James Mbui said farmers are majority members of their Sacco stating that they will continue to finance farmers to ensure they get better returns from their crops.

He said coffee and tea farmers are major members of the Sacco and have supported the micro financial institution for a long time.

Mbui said they have come up with financial products which will help members’ access financial services with ease.

He observed that soon the Sacco will introduce VISA ATM and Pesalink services which will ease process of accessing and transacting money.

“Pesalink services will help our members to do banking transactions via their phones conveniently,” he added.

Mbui encouraged small scale business people to consider saving whatever amount of money they can afford for future plans.

“I appeal to boda boda riders also to start saving for better future. The riders can consider saving on weekly, monthly or any other time appropriate to them. The accumulated savings can assist them to implement big projects,” said Mbui.