Every week, Opera News brings you the best video from the Weekend action in the Kenya Premier League. Last week, we had AFCLeopardss striker John Makwatta with a superb skill as he opened the scoring in the 2-1 win over Sofapaka.

This week, it is yet another AFC Leopards player Robinson Kamura who makes it into the video of the week. The defensive midfielder has been one of the best performers for AFCleopards who have just lost once in the league. 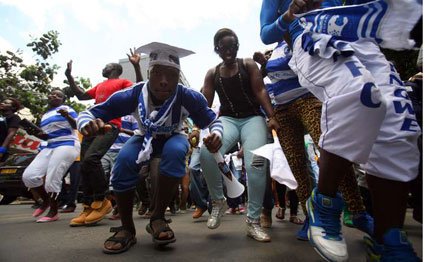 After 8 matches, Cassa Mbungo’s side is 8 in third in the league with 1 point, one behind leaders Tusker FC and level on points with second-placed Gor Mahia. On matchday 8, Ingwe was held to a barren draw by Ulinzi Stars at the Kenyatta Stadium in Machakos.

The result means that Leopard has the best defensive record with the league alongside Gor Mahia who has played three matches less. The team has only conceded three goals so far this season and has kept the most clean sheets in the league with three so far. 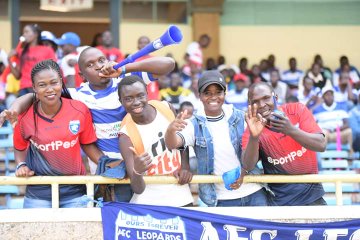 There is a feel-good factor at the den and that was illustrated after the clash with Ulinzi when Robinson Kamura joined in with the fans to celebrate the hard-earned point against the 2010 Kenya Premier League champions.

The celebration is our Kenya Premier League video of the week.

Next up for Leopards is the Mashemeji Derby clash against Gor Mahia on Sunday, November 10 at the Moi International Sports Center Kasarani.