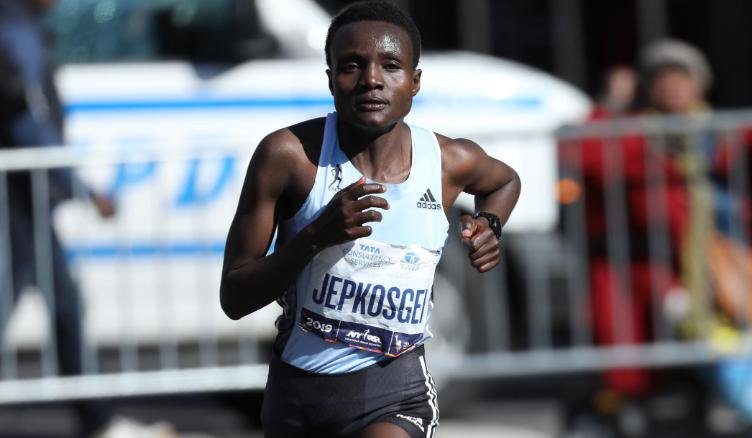 25-year old Joyciline Jepkosgei stretched to upset her compatriot Mary Keitany for the 2019 New York City Marathon gong on November 3, but netizens have noticed something about her physique.

Despite the fact that she ruined esteemed countrywoman’s chance at a fifth women’s title in the contest, many people online think she looks more of a man than a woman.

Led by Eliud Kipchoge’s lawyer Donald Kipkorir, some fans say it was unfair for the mother of one, who was venturing in marathon for the first time, to compete against women.

“Joyciline Jepkosgei won the women New York Marathon. But is it really fair for her to be allowed to run against women who are more feminine? If we demand equitable competition in life, it must cut across all fields. No one should get undue advantage. I say this with respect,” he tweeted. 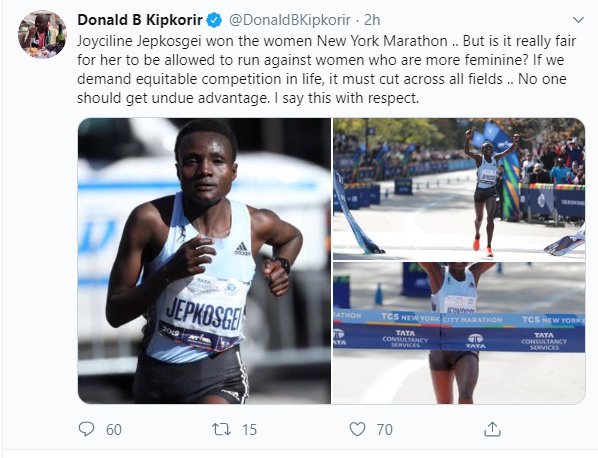 Others have posted her photo to sarcastically congratulate her with a focus on her ‘masculinity’.

Speaking on her victory, Joyciline attributed everything to her good planning and self-belief during the race.

“My strategy I had planned was to finish the race strong. But in the last kilometers, I saw that I was approaching the finish line and I was capable of winning,” she said in a statement. 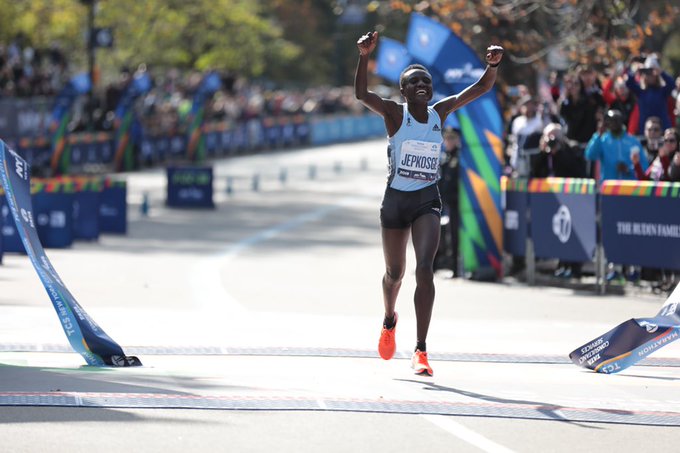 Coached by her husband, she planned to make her marathon debut in Hawaii in December but withdrew after twisting an ankle. Sunday thus marked her maiden marathon.

To win the 2019 race, she had to overcome the dominance of Keitany, who since 2014, had won every New York City Marathon women’s title with one exception: In 2017, she finished second to the United States’ Shalane Flanagan.

At the 20-mile mark, the Kenyans were a second apart, but Jepkosgei found the will to outpace her competitor by almost a minute over the last 6.2 miles. Keitany finished 54 seconds behind Jepkosgei. It marked the sixth straight NYC Marathon in which Keitany has finished in the top two.