Manchester United manager Ole Gunnar Solskjaer has admitted that lack of quality was responsible for his team’s 1-0 defeat at the Vitality Stadium Bournemouth on Saturday afternoon.

The Red Devils’ four-match unbeaten run was brought to halt by their former striker Josh King who scored before halftime. United’s efforts to win it after the interval proved futile as they got frustrated by the hosts. The result, once again put pressure on the underfire tactician who a majority of the fans have been calling for his sacking. The United legend started the 2019/20 season poorly with just three wins in the league. The one-all draw against Liverpool a fortnight ago was viewed as a turnaround for the team but on Saturday, the team’s weakness was once again exposed.
Speaking after the match, Solskjaer hailed his team’s efforts after the interval but admitted that they lacked quality to turn the match around.
“It’s a test of character when you come down to places like this; 1-0 down, half-time. I thought the response second half, at least we went for it. We didn’t stop trying but it was the lack of quality that couldn’t give us the point or three,” he said. 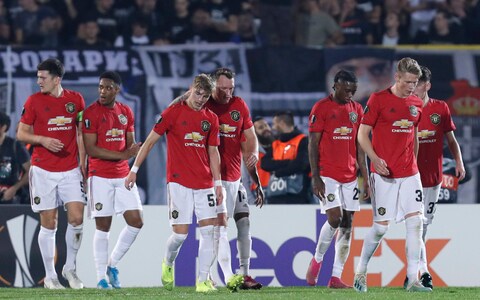 He went on to urge his charges to respond in their next game but admitted that a top-four finish will be a pipe dream if they keep on losing to teams like Bournemouth.
“We need a response because games like this you need to win if you want to challenge for the top four and today we’re disappointed. But I don’t think it’s the effort or the want to do well.
‘For us we’ve had a good period going into this game, now we’ve got to react to a defeat and I am sure we will.’