Arsenal Captain Granit Xhaka on Thursday evening issued an apology to Arsenal fans for his actions during Arsenals 2-2 draw with Crystal Palace on Sunday. The Swiss midfielder yelled obscene words at the Emirates Stadium fans when he was substituted for Bukayo Saka.

It had been earlier reported that the midfielder had refuted Unai Emery’s suggestions to issue an apology. The skipper cited previous abuse from the fans directed to his family, inducing his wife and newborn daughter as the main trigger to his ill behavior.

The scenes that took place around my substitution have moved me deeply. I love this club and always give 100% on and off the pitch.

My feeling of not being understood by fans and repeated abusive comments at matches and in social media over the last weeks and months have hurt me deeply.

People have said things like “We will break your legs”, “Kill your wife” and “Wish that your daughter gets cancer”. The statement read in parts.

He, however, promised to work hard and maintain the respect plus support of the fans in the near future. 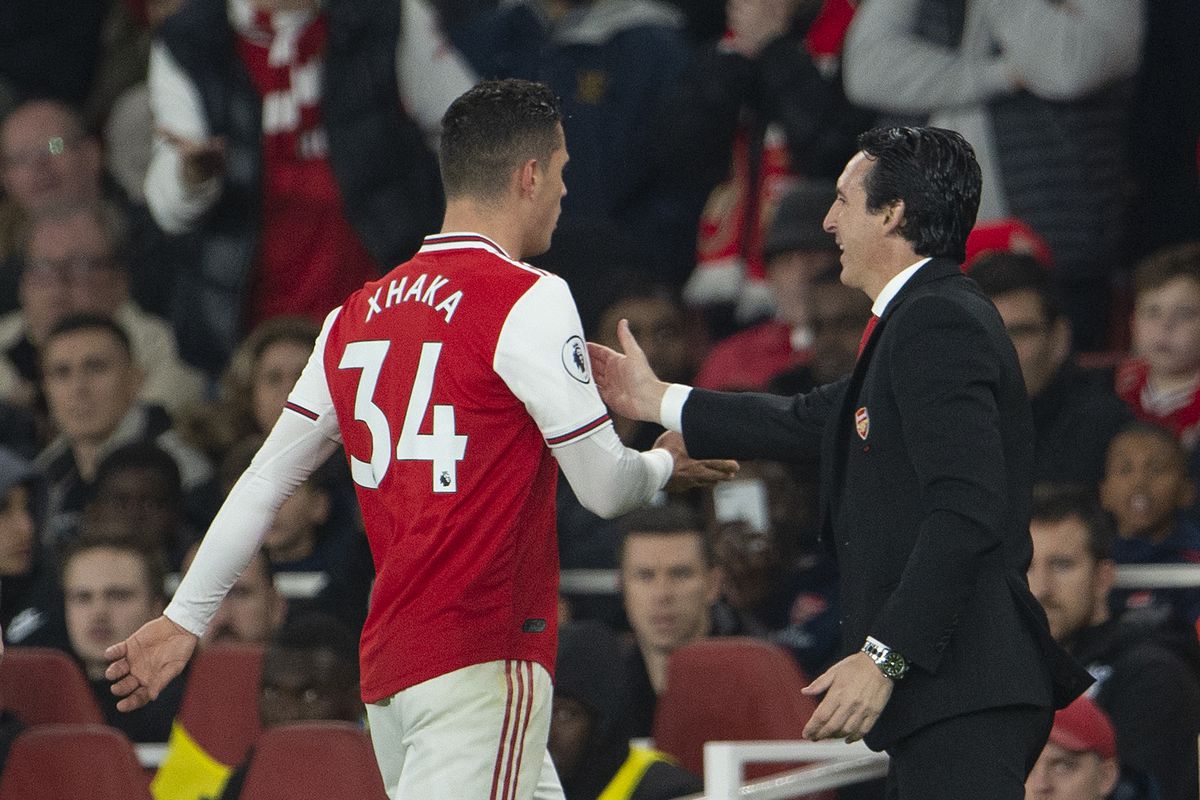 In this situation, I let myself be carried away and reacted in a way that disrespected the group of fans that support our club, our team and myself with positive energy. That has not been my intention and I’m sorry if that’s what people thought.

My wish is that we get back to a place of mutual respect, remembering why we fell in love with this game in the first place.

Below are some of the reactions from the Xhaka apology.

I’ve never once cussed Xhaka’s family, that’s below the belt!! I cussed him hard on Sunday for what he did but it’s normally just his footballing ability I’m on to, big difference!! Those who cuss his wife, child or any family member are certified d*ckheads!!

Regardless of his wage or your opinion on his ability, Granit Xhaka is human too. Some of the comments he receives are nothing short of disgraceful. Credit to him for acknowledging his poor reaction. However, as a fanbase we need to be better. He needs us now more than ever.

Despite Granit Xhaka’s response, for me it would be wrong for him to remain in the position of Arsenal Football Club’s captain. It is better if he is taken out of the spotlight after the abuse that he has received.

I’d make Aubameyang captain so that Granit can recover. pic.twitter.com/ayKVlX2nlP

That’s the sort of statement I was expecting from Xhaka. He was never going to totally hold his hands up and say sorry, no matter how much the club pushed. Whether this is enough for everyone? Who knows. But it ends the silence & sheds light on the reasons behind his frustration.

It’s distinctly and obviously not quite an apology; SORRY only appears in passing.

Xhaka was coerced to issue statement but he NEVER feel SORRY. A leader should absorb criticism,look away on abuse. Many great footballers get abused,if U can't take it drop the ARM-BAND. #COYG

The whole Xhaka situation is a reminder that these players are human too. We have players at our club getting constant abuse too. Think before you abuse someone. It may only be words to you but words can be hurtful.

After warring with his own fans granit Xhaka wants us to think that we are on the same page? Tell him I said fuck off bucko @Arsenal