Barely a week after Mai Mahiu Standard Gauge Railway station was commissioned by President Uhuru Kenyatta, the station has been shut down due to poor states of the roads leading to the station.

Residents are now calling on the government to rectify the roads situation as that would be the only way the area would be productive.

Addressing the press at the station, a local leader Benson Mungai said passengers willing to travel to Nairobi from the station are referred to Suswa station that incidentally is located 30kms from the rural area.

Mungai termed as a waste of resources for the government to commission a modern station only for officers mandated to work in the area to refer customers elsewhere.

“We saw the train here on Saturday and Sunday and only drops passengers here while those wishing to board it are told to travel all the way to Suswa in Narok County.

His sentiments were echoed by an elder Peter Ngigi who said it had become expensive to travel by train to Nairobi from Mai Mahiu owing to the poor road network. 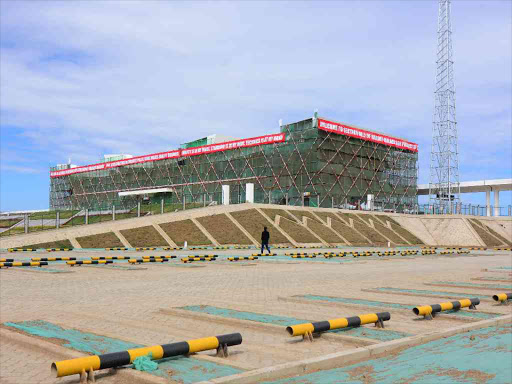 Ngigi said it was of no economical sense to spend more than Ksh 500 to the station only to board the train at Ksh 100 and called on the government to expedite the rehabilitation of the road to the area.

“You will pay Ksh 300 for a motorcycle to take you to the station then you are told to travel all the way to Suswa pay another Ksh 250 only to board the train at Ksh 100 while a Matatu from Mai Mahiu to Nairobi costs Ksh 200”.