Jubilee candidate in Kibra by-election Macdonald Mariga’s candidature could be headed for another supreme battle after 22 other candidates in the race asked IEBC to disqualify him.

While expressing their complaints to the electoral body, the candidates claimed that Mariga was using state resources to campaign in the constituency something they claim was against the electoral code of conduct.

According to the candidates who had a last meeting with the IEBC before the by-election, Deputy President William Ruto had been summoning Kibra residents at his official residence in Karen, a building constructed using taxpayers’ money.

“We have been having situations where the deputy president summons voters to his Karen residence which is a public building. That is a total abuse of public offices and resources,” lamented Eliud Owalo of ANC party.

The candidates challenged Ruto and Mariga to shift their campaigns to Jubilee party headquarters which they said was appropriate.

The candidates also took issue with the IEBC over what they said was a delay by the body to release voter registers as agreed earlier on. They claimed IEBC was deliberately withholding the constituency’s register in a bid to favour certain candidates.

However, on its part, IEBC advised the candidates to first make formal complaints to be reviewed by the body before they can take any action against the Jubilee candidate.

This is not the first time the candidates are presenting their complaints to the electoral body.

A week ago, Mariga together with a section of Jubilee MPs called on the IEBC to ban ODM candidate Imran Okoth from the race over violence witnessed some days ago in Kibra by-election campaigns. 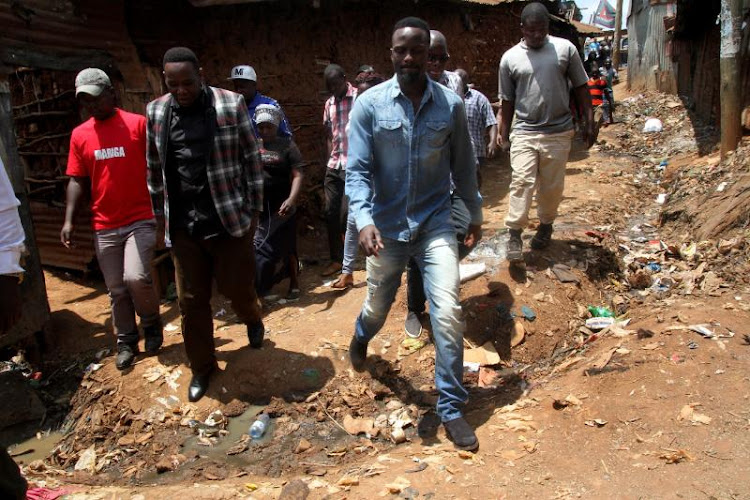 In the letter to the commission, ODM was accused of breaching the Electoral Code of Conduct after its supporters allegedly attacked, disrupted and damaged motor vehicles used in Mariga’s campaign.

However, while acknowledging the issue raised by Mariga, IEBC dismissed the complaint terming “want of compliance with regulations 8 and 15 of Electoral conduct” as its main reason.

“The complaint herein is dismissed for want of compliance with regulation 8 and 15 as relates to filing save that the complainant shall be at liberty to file a fresh complaint as per the provision of the law.” read part of the statement.