Kenyan slay king Robettah has opened up on his social media pages on his sad state of being depressed and is now contemplating suicide.

Robettah whose real name is Robert Wanyoike gained his fame online for his ‘girly looks’, makeup and cross-dressing has shared the sad story of his battle in fighting depression. 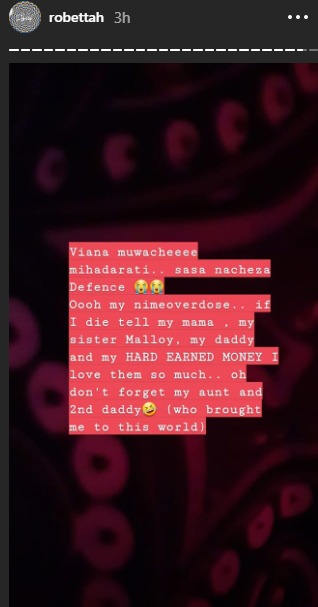 In a series of the Instagram stories that Robettah has shared, he reveals that depression has pushed him to think of taking his own life.

“..sasa nacheza defence. ooh my,nime-overdose..if I die tell my momma, my sister Malloy, my daddy and MY HARD EARNED  MONEY..Oh don’t forget my aunt and second aunt who brought me to this world”

“Death is a killer. Please take me or i will.I’m so tired Mungu wangu.”Part of his Instagram read. 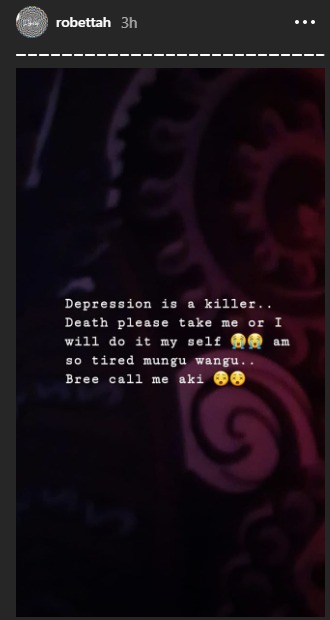 He has previously narrated how his journey of self-identity has not been easy since his parents confiscated some of his possessions as a way to draw him away from his choices.

Robettah loves controversy. He has even gone to lengths of flooding social media with raunchy photos revealing his wild personality. 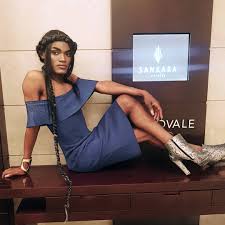 Not new to controversy, the lass has gone to the lengths of calling out Ringtone as his admirer since the musician was allegedly accused of sending him private messages.