During the summer transfer window, Arsenal surprised everyone including their own fans with the signing of Ivory Coast forward Nicholas Pepe from French side Lille for a fee of 72 Million Pounds.

However, despite the excitement his signing brought to the fanbase, Nicholas Pepe has failed to deliver on the pitch.  So far, Pepe has one goal and two assists which is not what most fans expected from their record signing. 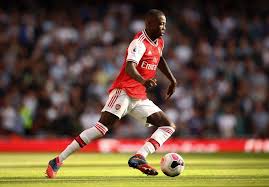 Below, we look at some of the factors that could have contributed to the Ivory Coast forward failing to light up the Emirates Stadium.

The absence of Hector Bellerin

Every right-winger needs a good right-back who is capable of making explosive forward runs. For the short period that Pepe has been at Arsenal, he has had to work with makeshift partners on the right flank.

Ainsley Maitland Niles is naturally a defensive midfielder and struggled in the righback position while Calum Chambers is better than Niles but is more of a central defender.

It is exactly why Hector Bellerin’s return will be crucial for Nichlas Pepes form improving at Arsenal. Bellerin is pacy, quick with the ball at feet and a better all-round footballer than what Pepe has been working with on the right-wing.

Nicholas Pepe has come to a new league, with a new manager, new players, and a totally different language to what he was used to in France. He is still learning and to be fair to him, adapting to the English game takes more than 3 months.

Former Arsenal legends Robert Pires and Thierry Henry took some time before adapting to the league and so will Nicholas Pepe. Patience is key. 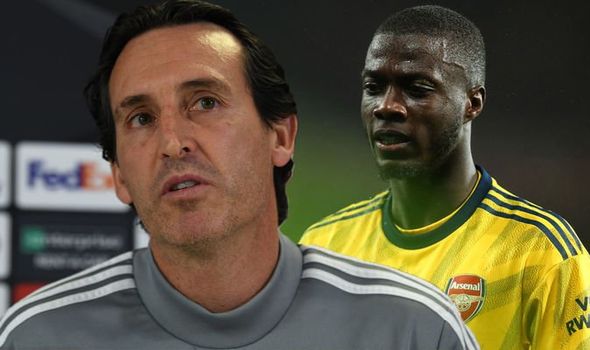 Unai Emery is naturally a defensive-minded manager. He focuses more on the opposition more than his own players which is hampering the development of some players such as Pepe.

Any keen Arsenal follower will notice that Pepe picks the ball from the halfway line most times and by the time he gets to the opposition box, the defenders have already caught up with him.

If Pepe was playing under a manager who attacks, he would pick the ball in areas closer to the goal where he can really hurt the opposition. It is not a wonder that Under Unai Emery, most of Arsenal’s offensive players are putting in poor numbers. The only goalscorers in the team are the two world-class strikers Pierre Aubamenyang and Alex Laczaette.

An adventurous manager will do a world of good to Nicholas Pepe’s form.