President Uhuru Kenyatta was among the over 170 world leaders who witnessed the best of Japanese cultural heritage at the grand enthronement ceremony of Emperor Naruhito on Tuesday.

The President and First Lady Margaret Kenyatta attended the historic ceremony held at the Imperial Palace in Tokyo at the invitation of Prime Minister Shinzo Abe of Japan.

Dressed in a colourful Japanese traditional attire, Emperor Naruhito delivered his speech and proclaimed his enthronement from a raised canopied throne during the 30-minute ceremony.

Emperor Naruhito, 59, who takes over from his father Emperor Akihito pledged to uphold the Japanese Constitution in fulfilling his responsibility as the symbol of State and of the unity of the people of Japan.

The new emperor also wished happiness and peace for the world.

“I sincerely hope that our country, through our people’s wisdom and unceasing efforts, achieves further development and contributes to the friendship and peace of the international community,” the royal said.

In his brief congratulatory speech, Prime Minister Abe assured the new emperor of his support and that of the whole country as he officially takes over the throne. 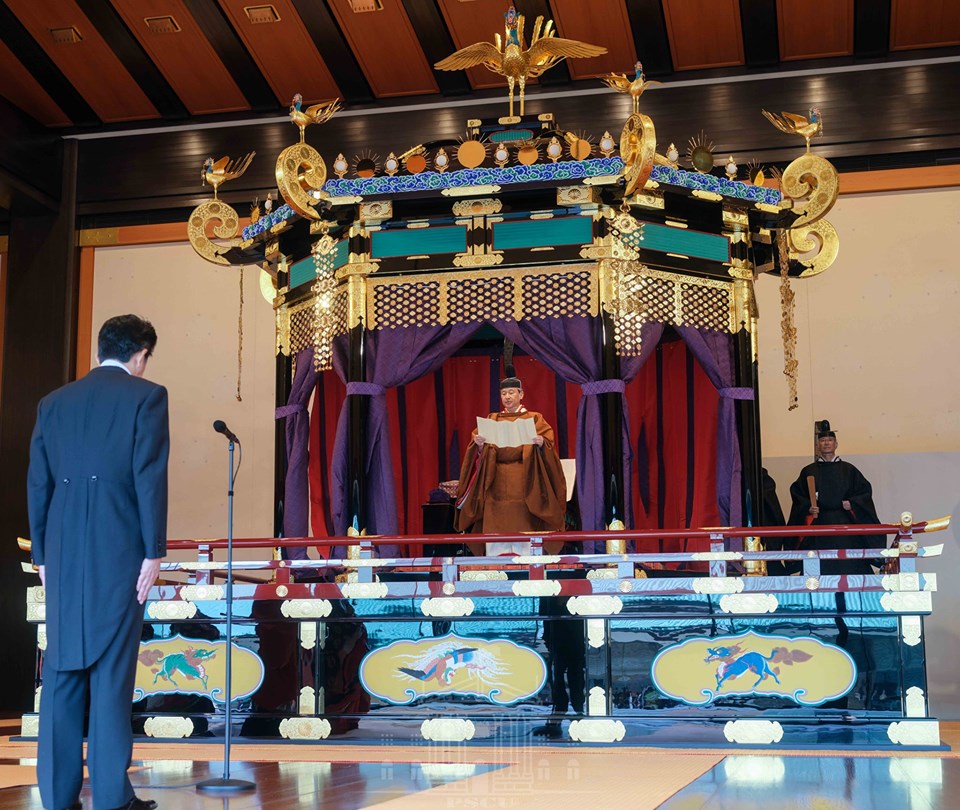 “We, the people of Japan, revere Your Majesty as the symbol of the State and the unity of the people and pledge, with resolve, to devote our utmost efforts to create a bright future for Japan, which is peaceful and brimming with hope, in which we take pride and create an era of culture coming into being and flourishing when people bring their hearts and minds together in a beautiful manner,” PM Abe said.

Appointment of the Prime Minister, Chief Justice of the Supreme Court and Ministers of State as well as receiving of foreign ambassadors are some of the responsibilities assigned to the emperor by the constitution of Japan.

The enthronement of the new emperor is the climax of a long and detailed succession process that started on May 1 this year when Emperor Naruhito took over the throne from his father and predecessor Emperor Akihito who relinquished the position he held for close to 30 years.

According to available records, Emperor Emeritus Akihito is the first monarch in Japan’s royal history to abdicate in more than 200 years, making today’s event a once-in-a-lifetime ceremony for many Japanese.