President Uhuru Kenyatta and First Lady Margaret Kenyatta arrived on Tuesday in Tokyo for the Enthron of Emperor Naruhito of Japan.

The President and the First Lady attended the historic ceremony held at the Imperial Palace in Tokyo at the invitation of Prime Minister Shinzo Abe of Japan.

Emperor Naruhito, 59, who was taking over from his father Emperor Akihito pledged to uphold the Japanese Constitution in fulfilling his responsibility as the symbol of State and of the unity of the people of Japan.

The 85-year-old Emperor Akihito received special legal permission to step down after saying he felt unable to fulfil his role because of declining health.

Emperor Naruhito delivered his speech and proclaimed his enthronement from a raised canopied throne during the 30-minute ceremony.

President Uhuru Kenyatta was among the over 170 world leaders who witnessed the best of Japanese cultural heritage.

Dressed in a colourful Japanese traditional attire, President Uhuru just like other heads of state looked dapper in his well-fitting suit.

Check out the photos below: 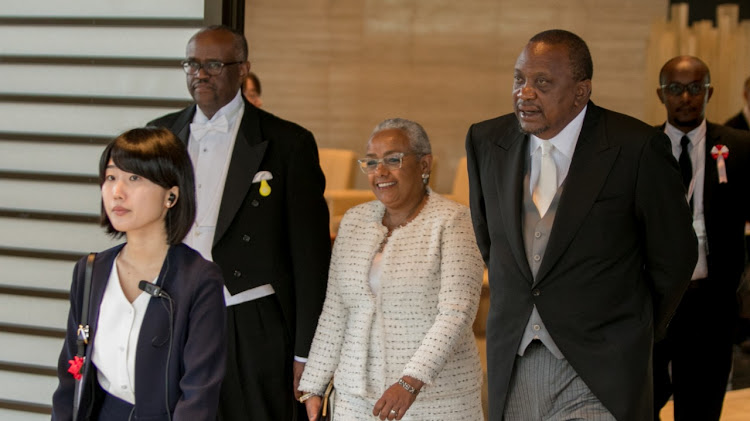 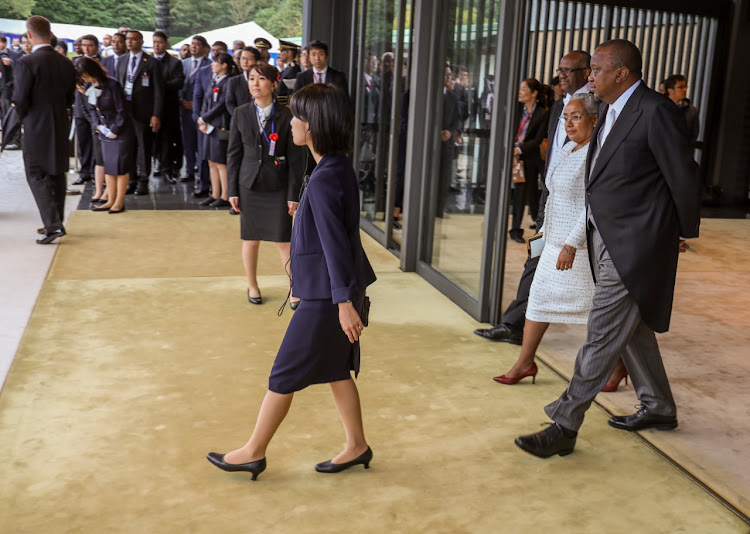