Ambani alongside technical director Stanley Okumbi were dismissed by the KPL side on Monday morning after reportedly engaging in a physical fight before the weekend game against Kakamega Homeboyz. The 4-2 drubbing by Homeboyz sealed their fate.

Rumors were rife on Sunday that the entire technical bench had been shown the door but on Monday the club confirmed that only Ambani and Okumbi had left. Assistant coach Hamisi Mohamed was retained as interim head coach. 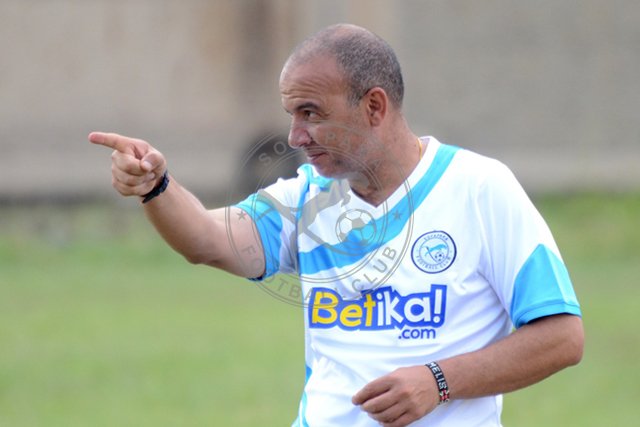 “We can confirm that Head Coach Fred Ambani and Technical Director Stanley Okumbi have left the club by mutual consent. Assistant coach Hamisi Mohammed will temporarily be in charge of the team,” the club announced on Monday.

According to reports, Wazito have now settled on Medo to lead the team. The fiery tactician is currently in Egypt and is expected to fly in on Wednesday to take charge of the team.

At the start of 2018/19 season, he moved to Sofapaka but his stay at Batoto Ba Mungu was short-lived as seven matches into the new season, with a single win to his name, he was shown the door and his assistant John Baraza reappointed as head coach.

He returned to Mt. Kenya but this time he was not lucky as he failed to help the cash-strapped side avoid relegation from the top tier. At the end of the season, he left the club and returned to Egypt.

He joins a Wazito side that’s currently 13th in the Kenyan Premier League table with 6 points from six matches. Despite spending heavily before the start of the new season, the team has managed to pick just one win. Medo is expected to watch the weekend’s action against Posta Rangers from the stands.